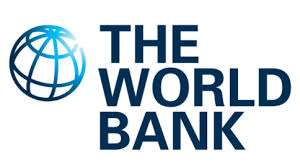 The World Bank says extreme poverty is set to rise this year for the first time in more than two decades, with coronavirus expected to push up to 115 million people into that category.

The bank says the pandemic is compounding the forces of conflict and climate change, which were already slowing poverty reduction.

Extreme poverty is defined as living on less than 1 dollar and 90 cents US a day.

The projected increase would be the first since 1998, when the Asian financial crisis shook the global economy.

Before the pandemic struck, the extreme poverty rate was expected to drop to 7-point-9 per cent in 2020.

According to the bank’s biennial Poverty and Shared Prosperity Report it’s now likely to affect between 9-point-1 per cent and 9-point-4 per cent of the world’s population this year.

At the other end of the scale, billionaires have seen their fortunes hit record highs during the pandemic, with top executives from technology and industry earning the most.

According to a report from Swiss bank UBS, the world’s richest saw their wealth climb 27-point-5 per cent to $10.2 trillion from April to July this year.