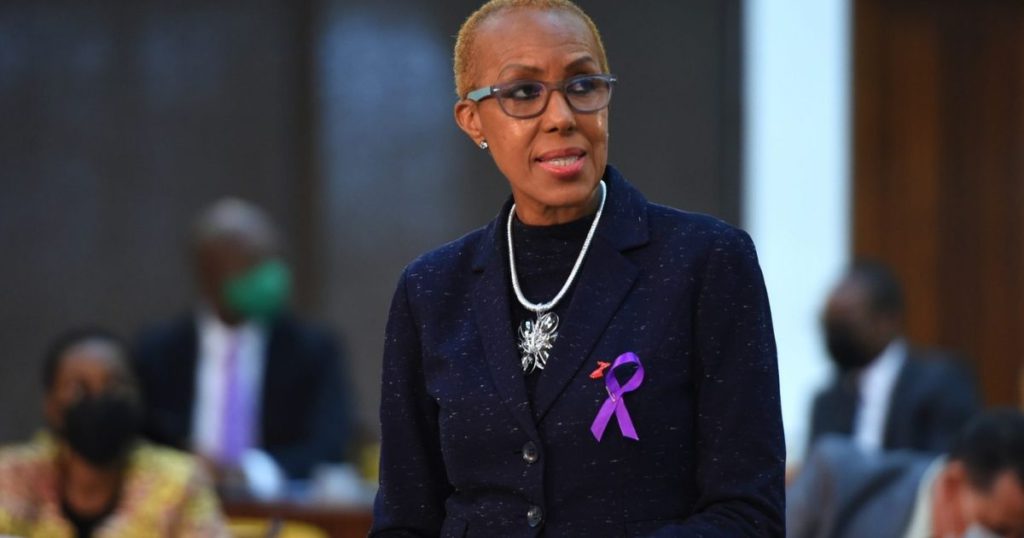 Education Minister, Favyal Williams, is calling on parents and students to fall in line and obey agreed upon school rules regarding uniforms and grooming.

The Minister made the call while addressing a post Cabinet media briefing this morning.

The education minister says she encourages stakeholders to engage formal channels in advocating for changes they wish to see, but she says once consensus is reached on the way forward, persons should fall in line and abide by the school rules.

Williams says schools must be governed by a clear system.

The education minister says when it comes to dress and grooming, she stands on the side of discipline and order.

The Minister’s comments come amid an ongoing public debate regarding the length of school uniforms for girls, and the hairstyles being worn by boys.

Parents have protested against what they say are unreasonable requirements for uniform lengths and hairstyles.

There have been calls for a standardized policy to govern these matters.

But the education minister says her Ministry will not regulate uniform length. She says those decisions are best left to school administrators.

And, Mrs. Williams says parents should do more to engage the decision making process at schools.

She says more needs to be done to strengthen Parent Teacher’s Associations.

The Minister is encouraging parents to actively participate in that effort.