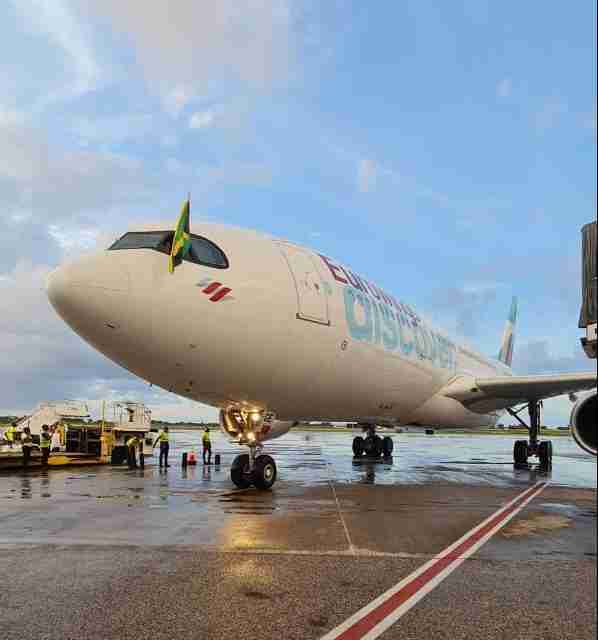 The Tourism Ministry says it’s pleased with the arrival of the first of twice weekly nonstop flights between Germany and Jamaica by Eurowings.

There were 211 passengers and crew.

In a statement today, Senior Advisor and Strategist in the Tourism Ministry Delano Seiveright noted that the new flights form part of a restart of efforts to bring increased tourist traffic from Europe.

He says the new flights will also be mutually beneficial for Jamaicans.

Delano Seiveright, Senior Advisor and Strategist in the Tourism Ministry.

Eurowings is the Lufthansa Group’s low-cost airline and offers direct flights within Europe.

It’s part of the world’s largest aviation group. The German airline offers flights to more than 100 destinations in over 50 countries, making it the third-largest European point-to-point carrier.