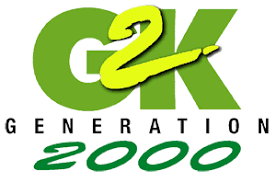 G2K President, Stephen Edwards says, they’ve observed a trend in the PNP and its affiliates that when their arguments are refuted by facts they resort to blatant disrespect and inflammatory rhetoric.

He says Tomlinson’s latest offense provides the Jamaican people with clear evidence the PNP has “completely gone off the rails and is out of control.

Edwards insists no matter how “desperate the Opposition becomes”, reckless statements should never be tolerated.

Meanwhile, G2K Vice President Kimberley McLeod says, Tomlinson’s disagreement with the policy direction of the government, which is her right, does not grant her permission to disrespect the Prime Minister.

The group’s urging Tomlinson to do some serious introspection and re-calibrate her approach.

And they’ve also called for a fulsome apology from Tomlinson.