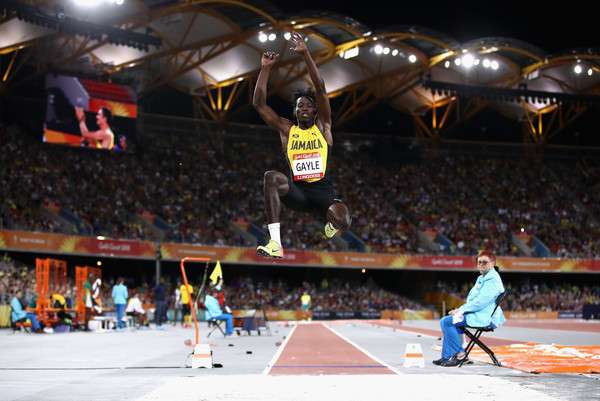 Jumping before a crowd of nearly 1,000 spectators outside of a mall in central Nanjing, China, Tajay Gayle notched a convincing victory in the street athletics style long jump competition.

Sitting in fourth place with a best of 8.3-metres after five rounds, Gayle sailed 8.21-metres on his final leap to collect his fourth consecutive victory and his second in just over 48 hours.

The 22-year-old Jamaican took top honours in Shanghai on Saturday, about 300 kilometres to the east, where he jumped 8.24-metres.