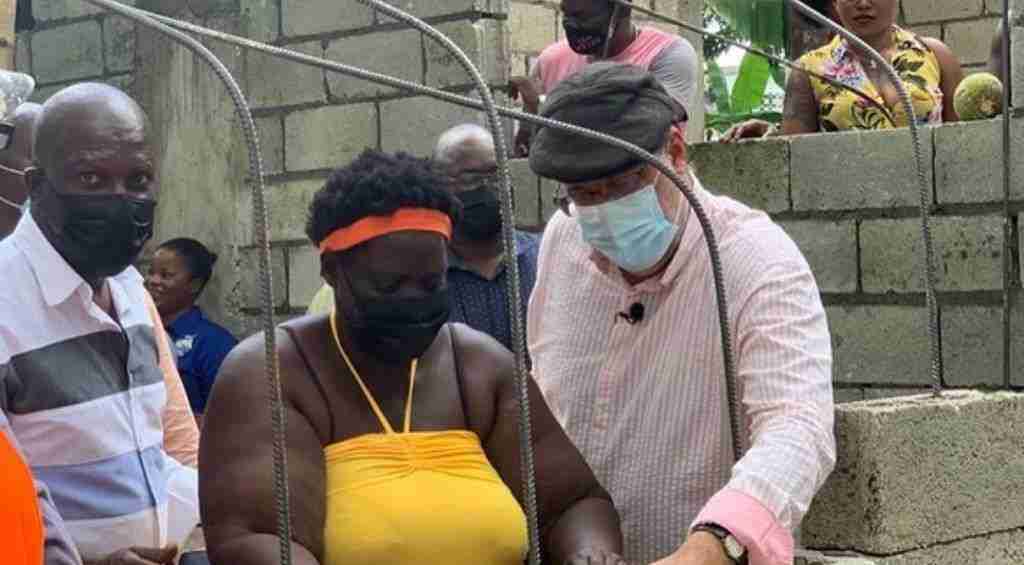 Opposition leader, Mark Golding, has started on the journey to fulfilling a promise he made during his campaign for PNP President to assist longstanding party workers who are in need and struggling.

This was done through the assistance of the Party to construct a family home in Petersfield, Westmoreland on Saturday for one of the party’s workers.

It’s being financed by the O.T Fairclough Trust Fund, established in December of last year.

A party activist since 1997, Davian Hopwell, is the first beneficiary.

Hopwell, a mother of five, started constructing her house five years ago but was unable to complete it.

Mr. Golding said the project which is expected to be completed in approximately three weeks, is being supported by community members.