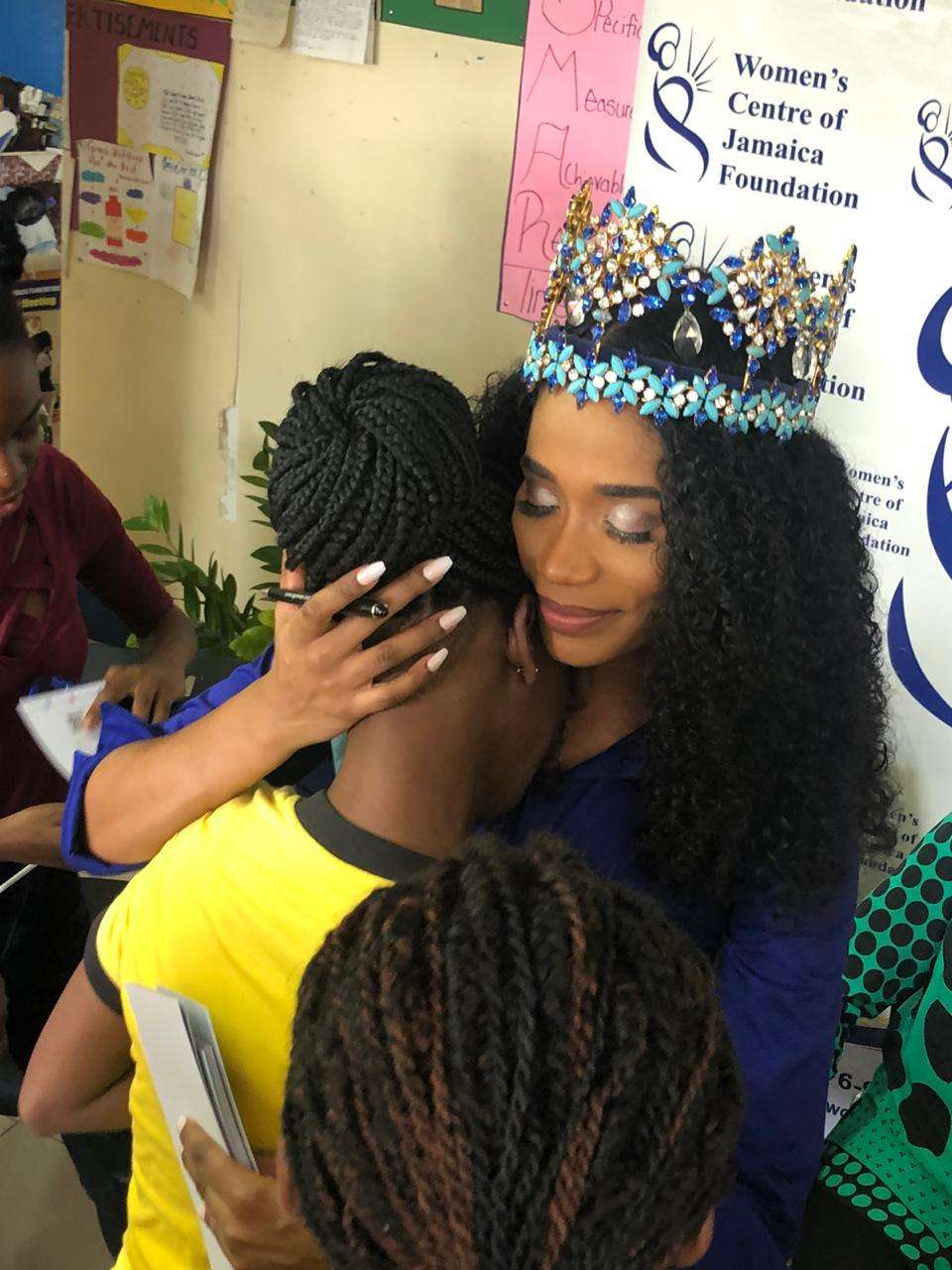 The Government has announced the construction of a new nursery at the Women’s Centre of Jamaica Foundation in Morant Bay, St. Thomas in honour of Miss World, Toni-Ann Singh.

The announcement was made yesterday by Culture and Gender Minister, Olivia Grange during Ms. Singh’s visit to the facility.

The visit was part of her official tour in her home parish this past weekend.

Hundreds of St. Thomas residents waited patiently lining the roadways with Jamaican flags in hand hoping to get a glimpse of Ms. Singh who travelled into the parish with a large official party.

The 23-year-old flew back to Jamaica on Friday to a lineup of welcome home activities after copping the Miss World title in the United Kingdom.

She’s set to depart the country this afternoon to begin her official Miss World duties.

Tauna Thomas has that story

That’s the sound of the official party making its way over the hills to enter into Morant Bay where residents eagerly awaited the arrival of Toni-Ann at the Women’s Centre of Jamaica Foundation in the town.

The new Miss World who is from Bath, St. Thomas arrived in Morant Bay square just after midday.

She immediately greeted residents who flocked the gates of the Centre.

The 23-year-old then made her way inside where she met with the staff and young ladies at the facility.

Many looked on in admiration as she offered warm embraces and playful interaction with the babies.

During the endearing moments, a special announcement was made by Culture and Gender Minister, Olivia Grange.

The Women’s Centre is Ms. Singh’s main charity on the island.

Toni-Ann’s tour in the parish of her birth yesterday also included the laying of a wreath on her grandfather’s grave some time after 1:00 in Acadia.

Sudden rains would’ve delayed Toni-Ann’s arrival at the Bath Botanical Gardens where more residents in that area of the parish waited patiently.

The final stop was expected to be at the Golden Shore Resort.

Toni-Ann headed back to Kingston last evening for a homecoming reception on the lawns of Jamaica House.

Brithney Clarke contributed to this story.