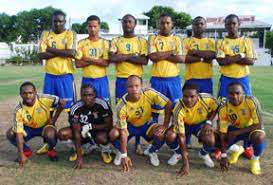 Harbour View are the champions of the Jamaica Premier League – powered by Digicel after beating Dunbeholden 5-6 on penalties in yesterday’s final at Sabina Park.

This is Harbour View’s fifth hold on the title.

It took the dreaded penalty kicks to decided the winners after the game was tie at 1-1 at the end of regulation and extra time.

The Stars of the East took the lead in second minute through Colorado Murray.

Both teams were again evenly match during the penalty kicks until Dumbeholden’s Fabian McCarthy missed the 6th kick to hand Harbour View the title.