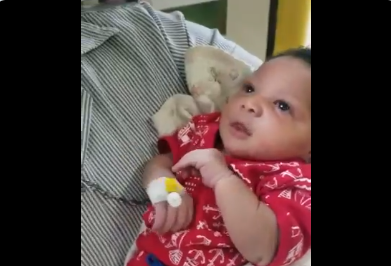 A baby girl was found abandoned at the Coronation Market in downtown, Kingston last evening.

The police were alerted after the baby was seen by a homeless man at about 7 pm.

She was taken to the Bustamante Hospital for Children by the Police for observation.

In a video released by the Jamaica Constabulary Force, JCF, two of its members can be seen at the hospital with the baby who had no visible physical wounds.

The Police is appealing to anyone with information that can assist them in locating the parents to call 119.