Seaga Honoured As His Body Lies In State 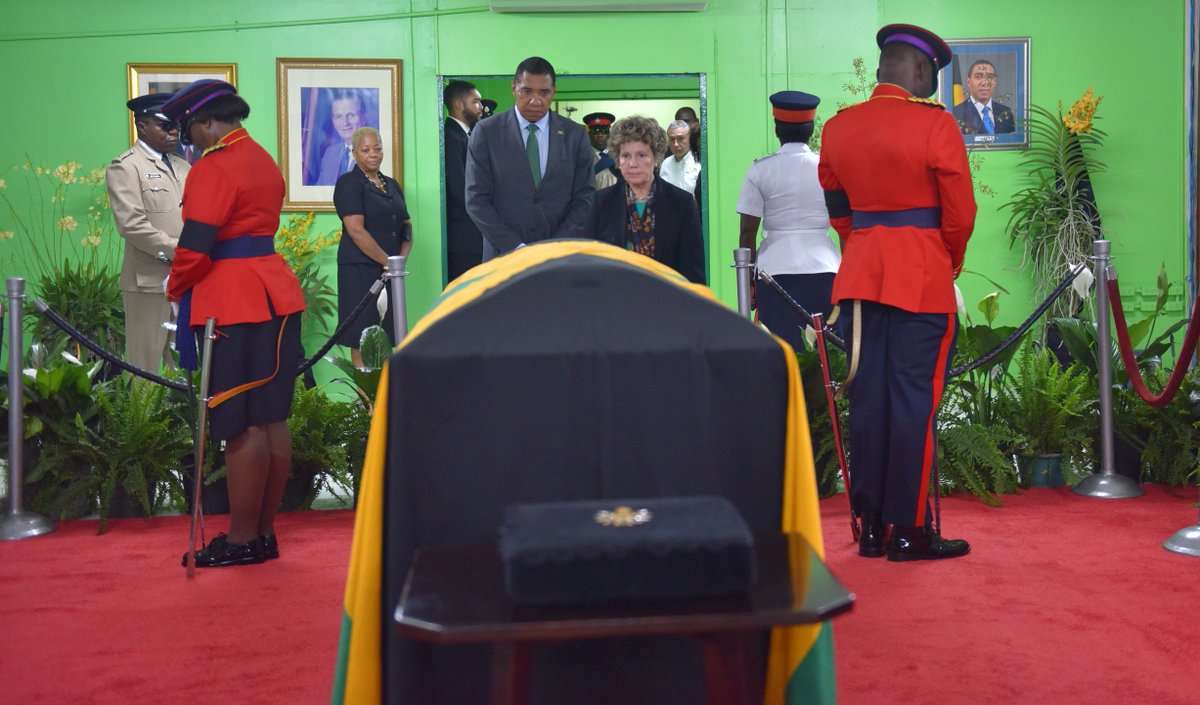 “He was magic to work with.”

That’s the word from one former Jamaica Labour Party, JLP, political representative Sally Porteous who was reflecting on the life of former Prime Minister Edward Seaga today at the party’s headquarters on Belmont Road in New Kingston.

Ms. Porteous is Custos of Manchester.

The late former Prime Minister’s body laid in state at the JLP headquarters from 11 am to 2 pm.

Ms. Porteous was among several Jamaicans who paid their respects to the former Prime Minister today.

And at least one JLP Councillor who was present said she supports the decision for the casket to remain closed as Mr. Seaga’s body lies in state.

Inside, the casket carrying the body of the country’s fifth Prime Minister was draped in the Jamaican flag.

Other political representatives, JLP supporters, students, members of the private sector and the entertainment industry were also among those who entered the building in groups of ten.

Several elderly persons saluted the former Prime Minister while the younger ones hurriedly tried to capture a picture on their phones.

On the outside, persons spoke openly about their experiences under the former Prime Minister’s leadership.

Nationwide News spoke with Ms. Porteous who became involved in politics in the 1970s while Mr. Seaga was leader of the JLP.

Ms. Porteous says during her time at the Film Commission in the 1980s, Mr. Seaga who was Prime Minister and Finance Minister at the time was magic to work with because he was never afraid to make major decisions.

Mrs. Pink was a Member of Parliament for South East St. Ann while Mr. Seaga was Prime Minister in the 1980s.

JLP Councillor for the Norbrook division Susan Senior says she supports the decision for the casket to remained closed as the body lies in state across the island.