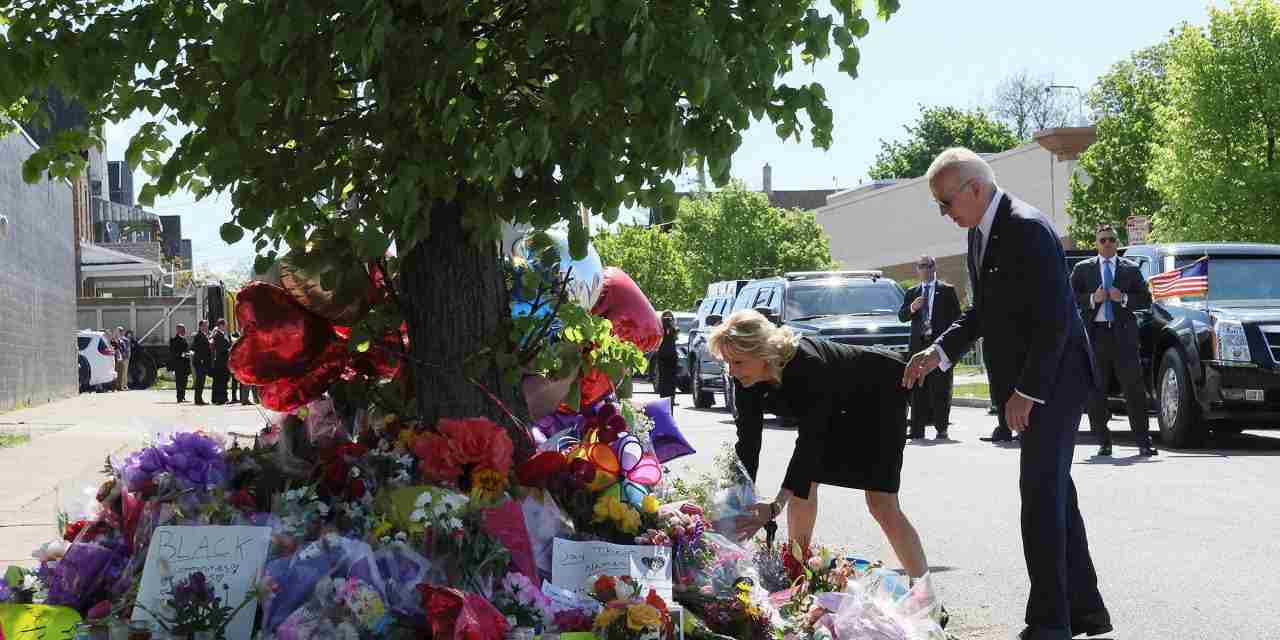 President Joe Biden called the deadly mass shooting in Buffalo, New York, an act of domestic terrorism while condemning the racist ideology of the suspected shooter.

Biden and first lady, Dr Jill Biden, visited the city Tuesday to participate in a ceremony in remembrance of 10 people killed in a mass shooting on Saturday.

The president remembered each of the victims. He became visibly emotional as he described how they were remembered by their families and community.

The US Department of Justice is investigating the mass shooting “as a hate crime and an act of racially motivated violent extremism,”

The FBI is assisting in the investigation.