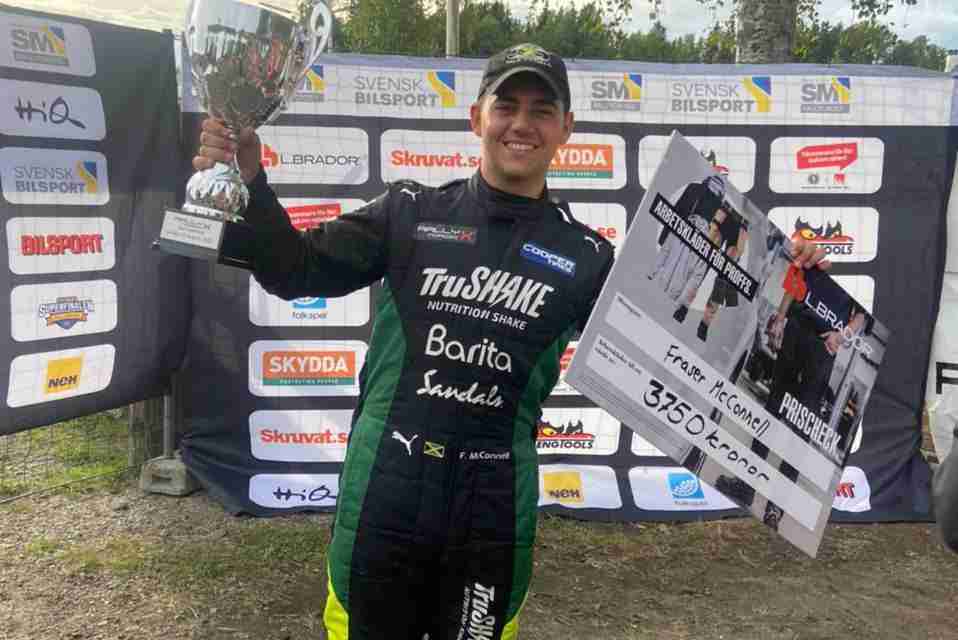 There was a great turnout of fans at the iconic venue which is the birthplace of rallycross.

McConnell secured a fourth place finish in the ‘Group E’ electric super car class after a heroic drive in the finals.

Due to mechanical issues, he did not finish as well as he could have in the qualifying rounds, so he started the finals at the back of the grid.

McConnell had a brilliant start that saw him move from seventh place at the start line to third place coming out of the
first corner.

However, there was some impact in the first corner that damaged his left rear wheel leaving the car handicapped.

McConnell then secured the top step result that he had been working towards by winning the finals of the Super car Class.

Throughout the qualifying rounds Yury Belevski got the better of McConnell in all their encounters and started the finals in pole position, but McConnell reversed that trend by stamping his authority and winning the finals in an exciting battle that thrilled the fans.