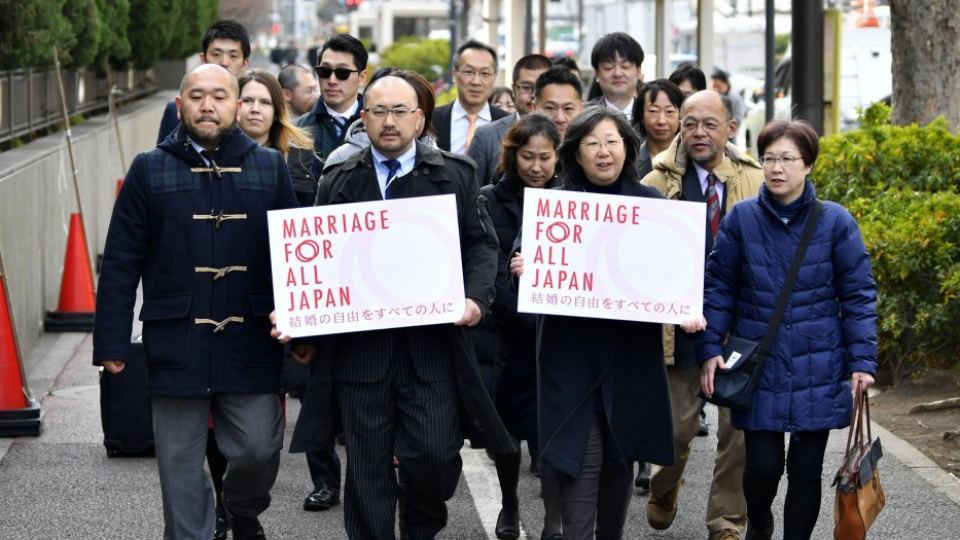 This morning, a court in Tokyo, Japan ruled that a ban on same-sex marriage was constitutional.

Wednesday’s ruling by the Tokyo district court said that while the ban was constitutional, the absence of a legal system to protect same-sex families is an infringement of their human rights.

The plaintiffs welcomed that part of the ruling as a step toward aligning Japan with other G7 nations.

Japan is the only G7 nation that does not allow same-sex marriage, and its constitution defines marriage as based on “the mutual consent of both sexes.

The ruling party of Prime Minister Fumio Kishida has disclosed no plans yet to review the matter or propose legislation, though several senior members support same-sex marriage.

One of the lawyers involved in the case noted that while marriage remains between a man and a woman, and the ruling supported that, it also said that the current situation with no legal protections for same-sex families is not good, and suggested something must be done about it.

Japan currently does not permit same-sex couples to marry or inherit each other’s assets, such as a house they may have shared, and gives them no parental rights to each other’s children.