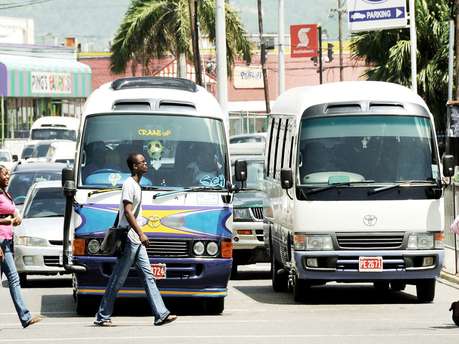 The Jamaica Association of Transport Owners and Operators, JATOO, has reportedly stopped its attempt to regularize so-called ‘loadermen and women’, in the Kingston Metropolitan Transport Region.

The Transport Authority says JATOO informed them that it was discontinuing the programme.

Last week, the Authority said it would no longer recognize JATOO as an association, because of its support for the illegal activity.

But speaking today with Nationwide News, Communications Manager at the Transport Authority, Petra Keene Williams, says JATOO has indicated that its stopped the programme.

Earlier this month, JATOO announced that it would be using loadermen as so-called ‘park attendants’ in the Spencer James Lay-by in Half Way Tree.

It said the move was an attempt to regulate their members’ activity, to allow for a more orderly practice.

But the Transport Authority says the act of intercepting pedestrians is illegal.