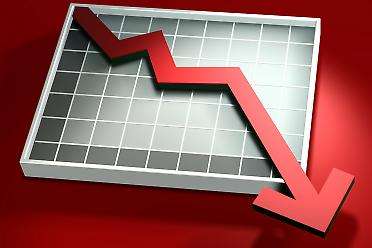 The Jamaican economy declined by 2.3% during the firstquarter of 2020 when compared with the similar quarter of 2019. That’s according to Director General, of the Statistical Institute, STATIN’s, Carol Coy.

She says the performance of the economy was negatively impacted by the coronavirus outbreak and measures implemented by the Government to limit its spread.

The measures included work from home orders implemented in Mid March, the closure of schools, bars and places of entertainment and restricting travel.

Ms Coy says these measures significantly impacted tourism and commerce over the period.

For the quarter, the Services and Goods Producing Industrie sdeclined by 2.5% and 1.9% respectively.

Tourism took a massive hit reflected in a 14.1% decline for the Hotels and Restaurants industry.

This was attributed to a fall in output in hotels & other short-stay accommodation as well as restaurants, bars and canteens.

STATIN’s reporting that the performance of hotels & other short- stay accommodation was impacted by a 19.1% decrease in foreign national arrivals in over the period.

Transport, Storage & Communication declined by 2.5% due to a decline in the transport and post & telecommunications sub-industries.

The increase was mainly attributed to increases in both water consumptionand electricity consumption.

In the meantime, a 1.9% decline recorded in the Goods Producing Industries was mainly attributed to lower output levels in the Mining &Quarrying, and Construction industries.

The Mining & Quarrying industry declined by 35.8 % due to decreased production of both alumina and crude bauxite.
In the first quarter of 2020, alumina production fell by 39.9%

STATIN notes this was largely due to the closure of the JISCO Alpart refinery.The Agriculture,Forestry & Fishing and Manufacturing industries recorded growth while the Construction industry recorded a 3.3% decrease in real value added.

STATIN’s Director General, Carol Coy says the inflation rate for May was 0.1%.

She says the increase was largely due to the 1 point 1 per cent increase in the heavily weighted ‘Food and Non-Alcoholic Beverages’ division.

Higher prices for agricultural produce such as cabbage, lettuce and potato resulted in the index for the class ‘Vegetables, tubers, plantains, cooking bananas and pulses’ increasing by 2.3%

And Ms Coy says the epidemic’s resulted in the cancellation of STATIN’s April labour force survey.

Carol Coy, Director General of STATIN. She was speaking this morning during an online quarterly press briefing.