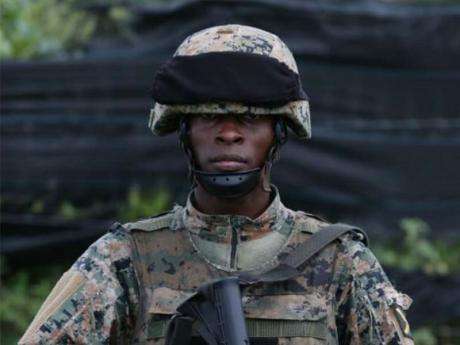 Detectives attached to the Criminal Investigation Branch, CIB, and Officers of the Jamaica Defence Force are probing the apparent murder-suicide involving a JDF Corporal and his common-law wife in Greater Portmore, St. Catherine.

Dead are 34-year-old Suzanne Easy, a nurse from the parish, and her common-law husband, Doran McKenzie.

Speaking with our News Centre last evening, Media Affairs Officer for the JDF, Major Basil Jarrett, says the army is working with the police to probe the matter.

He says the incident has jolted the JDF.

Reports are, about 2 a.m., Easy and McKenzie were at home when they allegedly had an altercation.

During the fight, Mckenzie reportedly chopped and shot Easy before turning the gun on himself.

McKenzie was a 12-year veteran of the JDF serving for the First Battalion, One Jamaica Regiment.

Major Jarrett says the JDF is very concerned about these incidents.

He’s asking soldiers who’re having problems to seek help.
And, the army major is also encouraging persons around military personnel who they believe are in need of an intervention to report the matter.