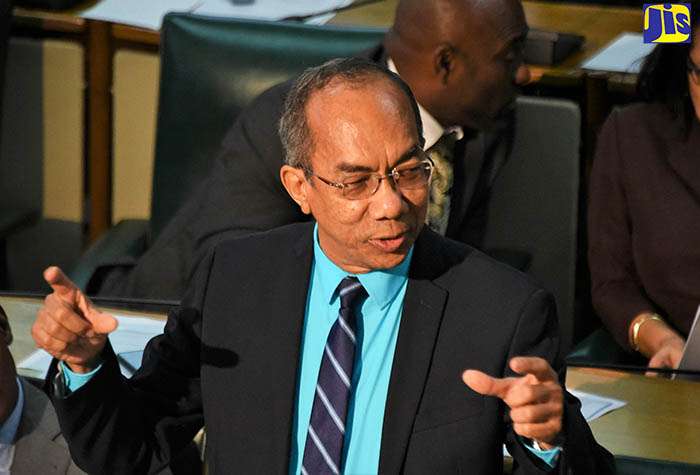 General Secretary of the Jamaica Labour Party, Dr. Horace Chang, has welcomed the resignation of Member of Parliament for Westmoreland Central, George Wright, as a positive step for the governing party.

Dr. Chang says he accepted Mr. Wright’s resignation to ease the political baggage the ruling party has had to deal with arising from the matter.

Ricardo Brooks has more from the JLP’s General Secretary.

Our news center caught up with the General Secretary and Deputy Prime Minister shortly after he advised the country that he had accepted Wright’s resignation from the party.

He says Wright’s departure is a positive step.

MP Wright has so far refused to confirm or deny if he is the man seen on a viral video physical assaulting a woman.

He remains on leave from the House of Representatives.

We asked Dr. Chang whether he has put the question directly to Mr. Wright whether he’s in fact the man seen in the video.

George Wright’s resignation from the JLP means the party now has no standard bearer in what is the traditionally PNP leaning seat of Westmoreland Central.

Wright stunned the country last September when he unseated PNP incumbent, Dwayne Vaz, by just over a thousand votes.

Dr. Chang says he isn’t worried about the party’s fortunes in the seat, citing a strong political organization.

When asked whether the JLP would be open to having Wright return as its standard bearer, this was Dr. Chang’s response.

There are 17 days remaining until Independent MP Wright is scheduled to return to Parliament.

But Dr. Chang says one of the allegations is stronger than the other.

The JLP General Secretary says the allegations against the two men have given the political leaders a hard time over the last few weeks.