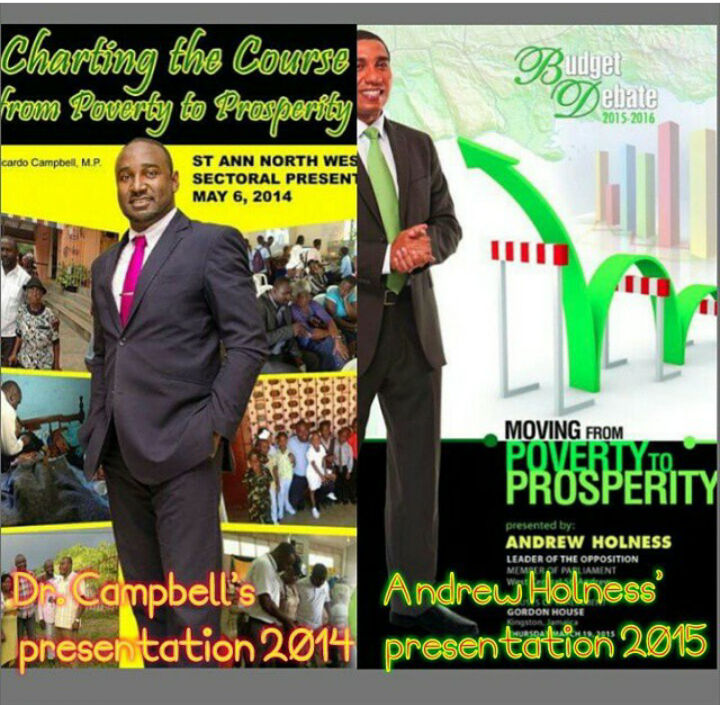 Member of Parliament for North West St. Ann, the PNP’s Dr. Dayton Campbell, says the Jamaica Labour Party’s current election campaign slogan is one they stole from him.

Dr. Campbell has sparked controversy on social media after posting images claiming to have used the slogan since last year, in the same context as the JLP.

According to Dr. Campbell, the slogan was being used by him for some time now, particularly in the constituency regarding recent education programmes he started.

Speaking with Nationwide News today, Dr. Campbell said the party has regurgitated his slogan in the same context.

The JLP launched it’s ‘Poverty to Prosperity’ campaign one month ago in St. Catherine.

The slogan is said to be a take off from the Opposition Leader Andrew Holness’ budget presentation in Parliament in March, highlighting the suffering of Jamaicans.