Junior Flemmings Suspended by the USL 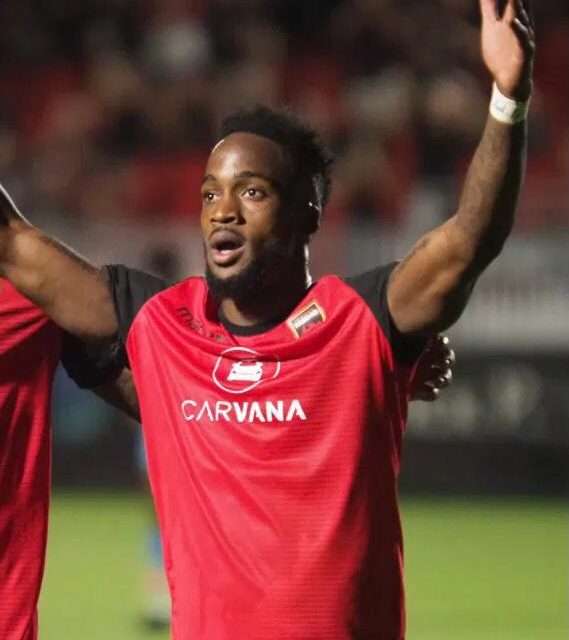 Jamaican international footballer, Junior Flemmings has been found guilty of using a homophobic slur during an exchange with openly gay player, Collin Martin.

This afternoon, the United Soccer League, suspended Flemmings for the remaining six games of the season and has been fined an undisclosed amount.

Flemmings’ club, the Phoenix Rising, says Flemmings’ will remain on administrative leave until the end of his contract on November 30 this year.

After a four day investigation which involves lengthy interviews with a number of players to include Flemmings and his Coach Rick Santz, the league came back today with the guilty verdict that could have far reaching implication for Flemmings beyond just verdict itself.

Flemmings who remains on administrative leave, will miss the rest of the post season and could still face further sanction from his club Phoenix Rising who will now also take into account that his current contract runs out at the end of November.

At the time of the incident on September 30, Flemmings led the league in scoring with 14 strikes and is still technically eligible for the league’s Golden Boot and season MVP honours.

Flemmings denied using homophobic language to San Diego Loyal midfielder Colin Martin who is an openly gay man when the teams met on September 30 at the Torera Stadium.

The incident led to the Loyals who were leading 3-1 at the time, refusing to continue at half time, effectively forfeiting the points after the referee refused to eject the former Jamaica College captain.

Flemmings later  took to Twitter professing his innocence, he instead complained that he was being targeted online by Martin’s complaints and that he was disappointed by the Loyal’s reaction.

In his twitter appearance he also declared that he was standing in solidarity with the LBGT community.

Nationwide Sports caught up with JFF president Michael Rickettes who pledged to offer whatever support they can to the player.