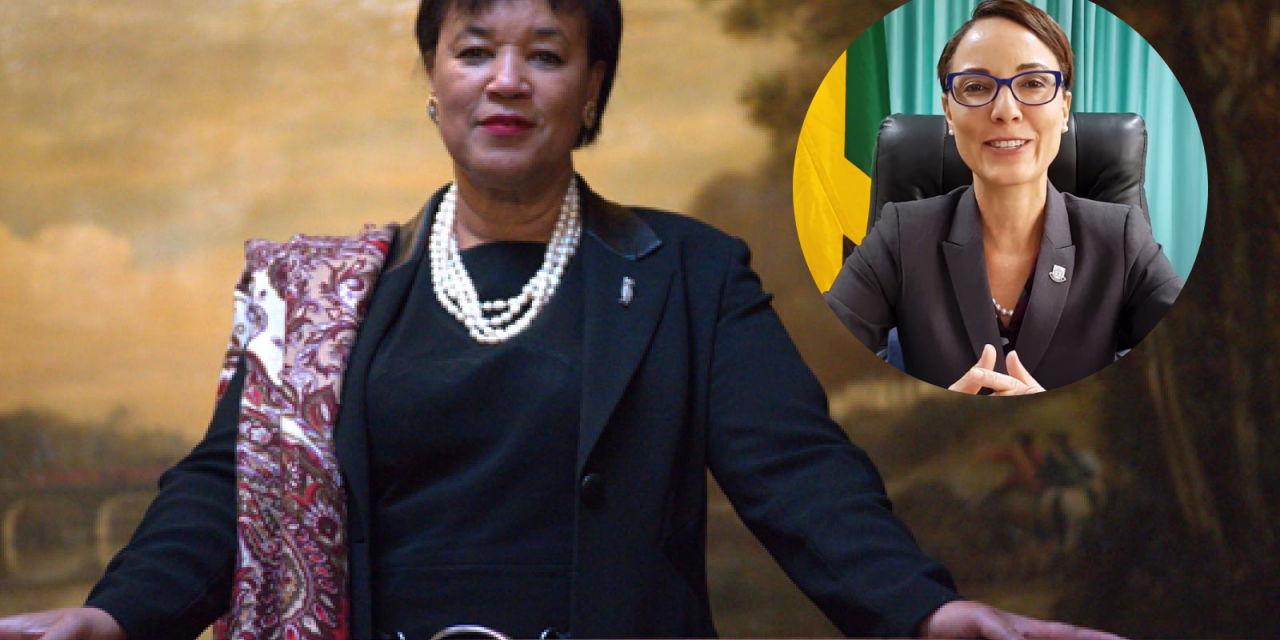 Jamaica’s Foreign Affairs Minister Kamina Johnson Smith has failed in her bid to become Secretary-General of the Commonwealth of Nations.

Johnson Smith was beaten by the incumbent Baroness Patricia Scotland of Dominica 27 votes to 24 after heads of government failed to achieve consensus on who should lead the Commonwealth Secretariat at Friday morning’s official opening of the 26th congress.

Director of Communications at the Commonwealth Secretariat Matthew Patterson made the announcement.

Matthew Patterson, Director of Communications at the Commonwealth Secretariat.

Johnson Smith, who received high profile endorsements from the likes of Britain and India, was one of three candidates vying for the post, the other was Sir Lakoba Italeli former Governor General of Tuvalu.

Johnson Smith has since extended congratulations to Baroness Scotland and thanked those who supported her throughout the campaign.

Meanwhile, Prime Minister Holness has extended congratulations to the incumbent, Baroness Scotland on her re-election as Commonwealth Secretary-General.

In a statement Friday morning Mr Holness says it was a good contest and the Baroness prevailed.

The prime minister says Jamaica remains deeply proud of Minister Johnson Smith and is happy to have put forward such a strong credible and competent candidate.

Meanwhile, Opposition Leader Mark Golding has also extended his congratulations to Baroness Scotland on returning as Secretary General of the Commonwealth.

He noted that Jamaica is looking forward to seeing further connectivity and collaboration among commonwealth member states.

Suzell Wray contributed to this report.