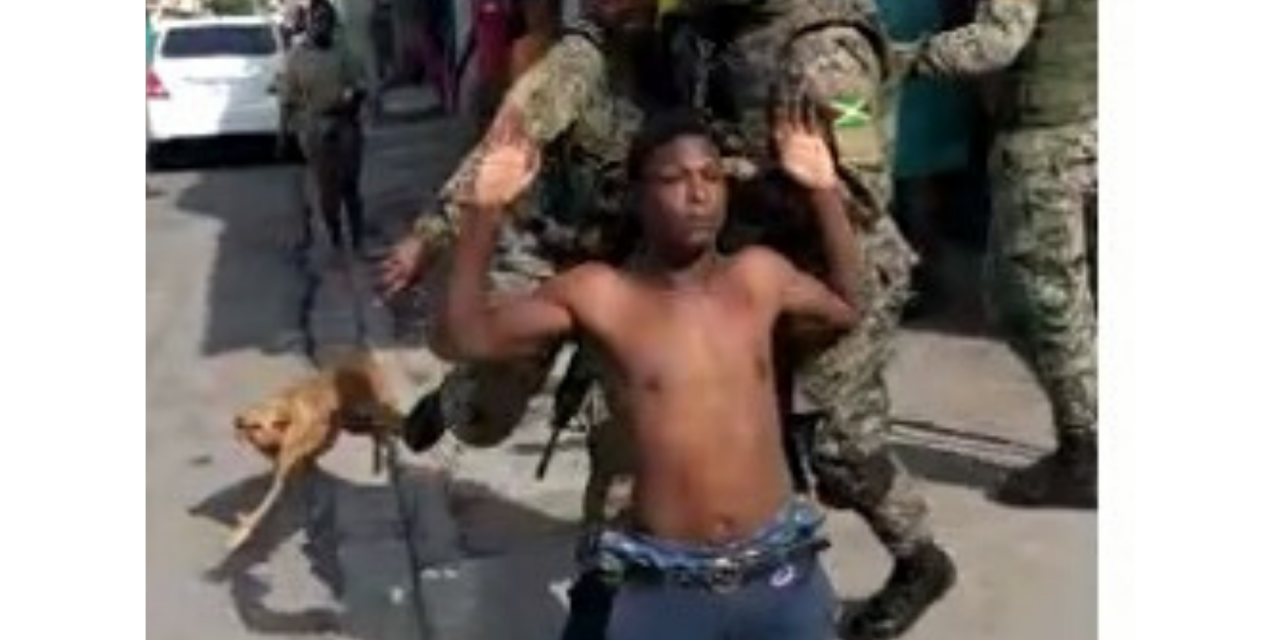 The man who was seen in a scuffle with members of the Jamaica Defence Force, JDF, in a viral video on social media is to be listed as a Person of Interest.

This follows an incident which took place at the Oxford Street Check Point in the Zone of Special Operations, ZOSO, in West Kingston last Friday.

The man has been identified as 24 year old, Ian Johnson of a Kingston 13 address.

Nationwide News understands that in the incident Johnson reportedly groped the female soldier, after which an attempt was made to arrest him.

After being subdued and later arrested by the officers, Johnson reportedly complained of feeling ill.

He was taken to a medical facility where he later escaped custody while undergoing treatment.

Police sources say several visits were made to his home, but Johnson was not there.

Johnson is to be listed as a person of interest in relation to offences of Assault occasioning bodily harm, unlawful wounding, and Indecent assault.

Persons with information on his whereabouts are being asked to call the police 119 number or the nearest police station.