Market Me Was Awarded over $80-Million Dollars in Contracts, None Of Which Went To Public Tender 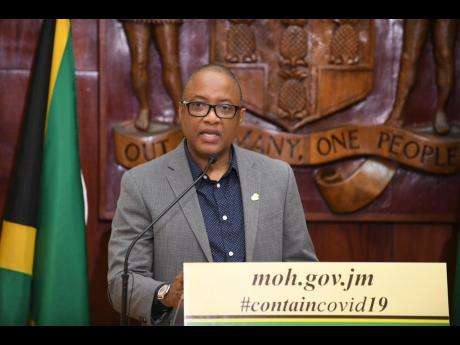 Embattled firm, Market Me was awarded just over 80 million dollars in total contracts by various agencies under the Ministry of Health which did not go to public tender.

That was revealed by Permanent Secretary in the Ministry, Dunstan Bryan, at today’s sitting of Parliament’s Public Administration and Appropriations Committee, PAAC.

However, the Permanent Secretary took issue with suggestions that this was tantamount to splintering contracts to avoid scrutiny.

According to Mr. Bryan, many of the contracts were approved by the various regional health authorities and the National Family Planning Board.

The total value was just over 86 million dollars, none of which utilized public tender.

Mr. Bryan told the committee the contracts would’ve been awarded by various agencies independent of the Ministry and didn’t breach any procurement guidelines.

But, in a Sotto Voce remark, South Manchester MP, Michael Stewart, went further and said the contracts appeared to be splintered.

Mr. Bryan says it would be entirely unfair for that to be the take away from the proceedings.

The firm Market Me and its principals have come under scrutiny due to allegations of a conflict of interest.

The Permanent Secretary says members of his staff have been attacked as a result of the allegations in the public domain.

Meanwhile, Central St. James MP the JLP’s Heroy Clarke, demanded an apology from Mr. Stewart stating the duress being suffered by civil servants is a direct result of the Opposition’s behavior.

Meanwhile, it was revealed by Mr. Bryan that the launch of the Jamaica Moves campaign preceded the signing of a contract between with the Ministry of Health and Market Me.

The programme was launched in April of 2017 with the contract signed in June of that year.

Mr. Bryan admits the incorrect date was a mistake on the part of the Ministry.

Dunstan Bryan, Permanent Secretary in the Ministry of Health.

He was speaking this morning at the Public Administration and Appropriations Committee of Parliament.