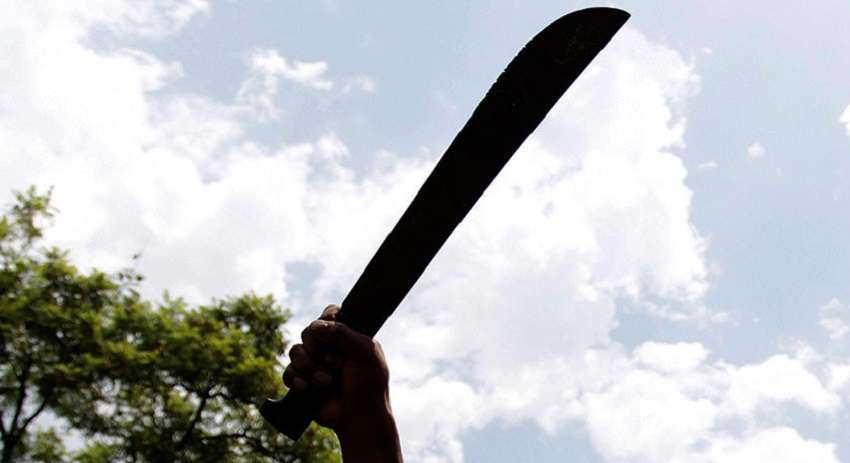 A man believed to be of unsound mind is now in police custody after beheading a commuter and injuring three others.

The incident happened in Red Hills, St. Andrew sometime after 7 this morning.

According to the St. Andrew North Police, the machete wielding man attacked the civilians, beheading one of them.

The others have been rushed to hospital.

Preliminary information indicates two of the three victims are in critical condition.