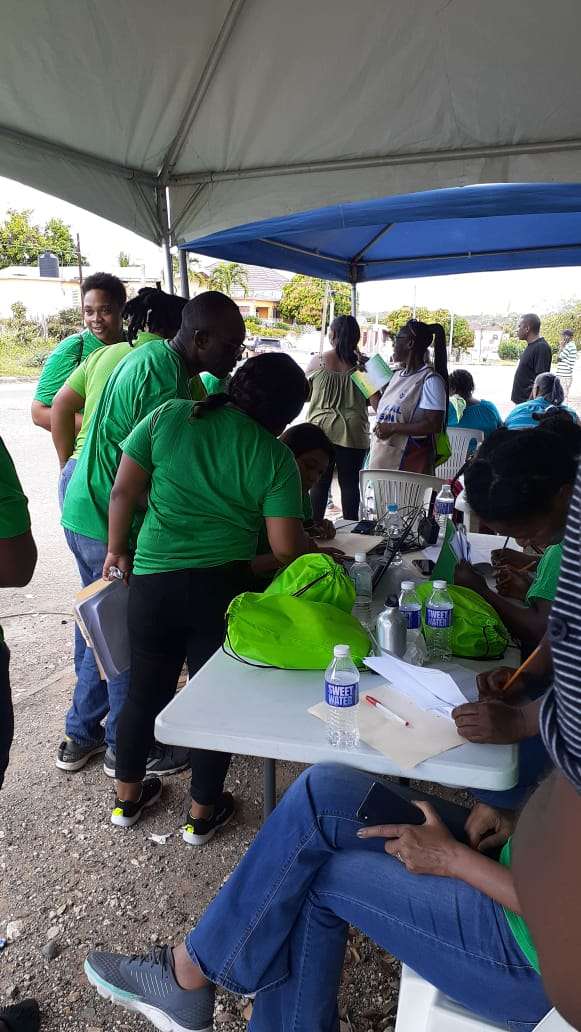 Director of Elections, Glasspole Brown says voter turn out in the South East Clarendon by election now stands at just over 8%.

Voting got underway promptly this morning at 7’o clock.

The JLP’s Pearnel Charles Junior is going up against Independent candidate, Derrick Lambert with the PNP deciding not to participate.

Several JLP supporters were spotted at the opening of the polls this morning.

However it was hard to find someone who was heading to the polls to support the Independent candidate.

The JLP this morning indicated that its aim today is to top the number of supporters who voted for the outgoing MP, Rudyard Spencer in the 2016 general election.

Mr. Spencer received over 10,000 votes to secure victory for the JLP.

Mayor of May Pen and JLP Councillor for the Rocky Point division in Clarendon, Winston Maragh spoke with Nationwide News.

A JLP supporter says his party plans to secure over 14-thousand votes in today’s by election.

There’re over 41 thousand registered voters in the Clarendon South Eastern constituency, as per the November 30, 2019 voters’ list that is being used today.

Meanwhile, up to news time there were no major incidents in the constituency.

However Political Ombudsman, Donna Parchment Brown disclosed to Nationwide News that one incident leading up to today was formally reported to her office.

She says the parties involved are expected to appear before the Courts soon.