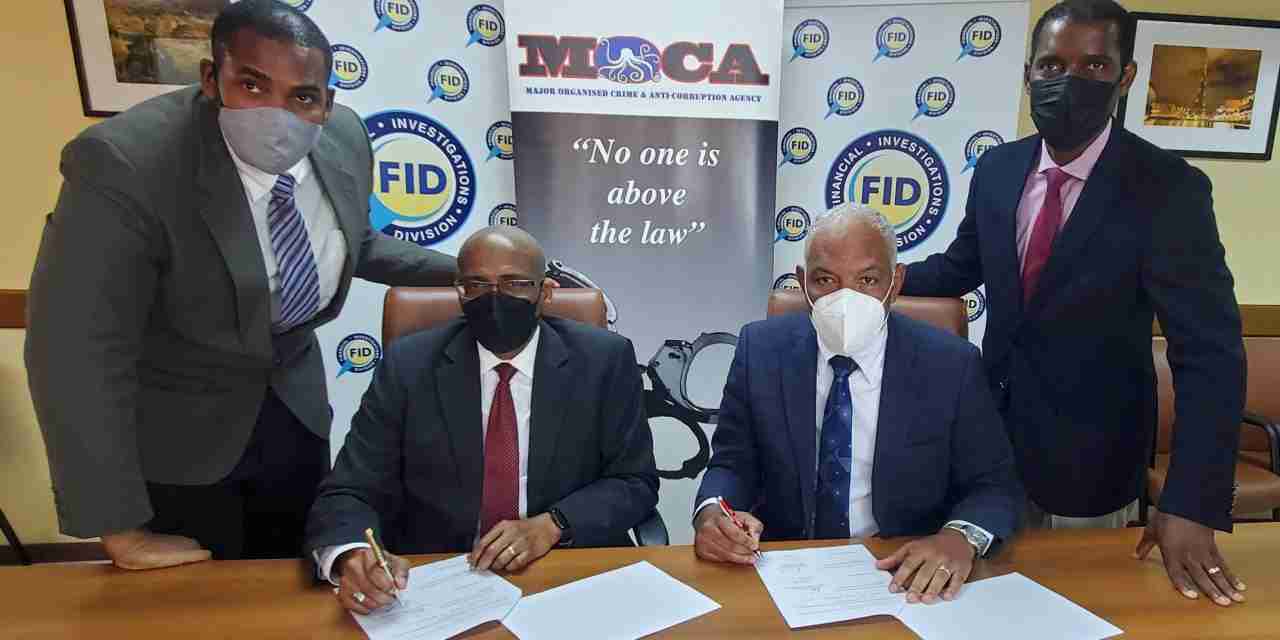 The Major Organised Crime and Anti-Corruption Agency, MOCA, and the Financial Investigations Division, FID, have signed a long-awaited Memorandum of Understanding, MOU.

Colonel Edwards says formalising the partnership will improve how the bodies respond to fraud.

Meanwhile, Mr. Hay is anticipating that under the MoU, MOCA’s counterparts will rely heavily on the use of the Proceeds of Crime Act, POCA.

Mr. Hay says the MOU will give both investigating bodies, greater access to information and intelligence relating to significant financial investigations.