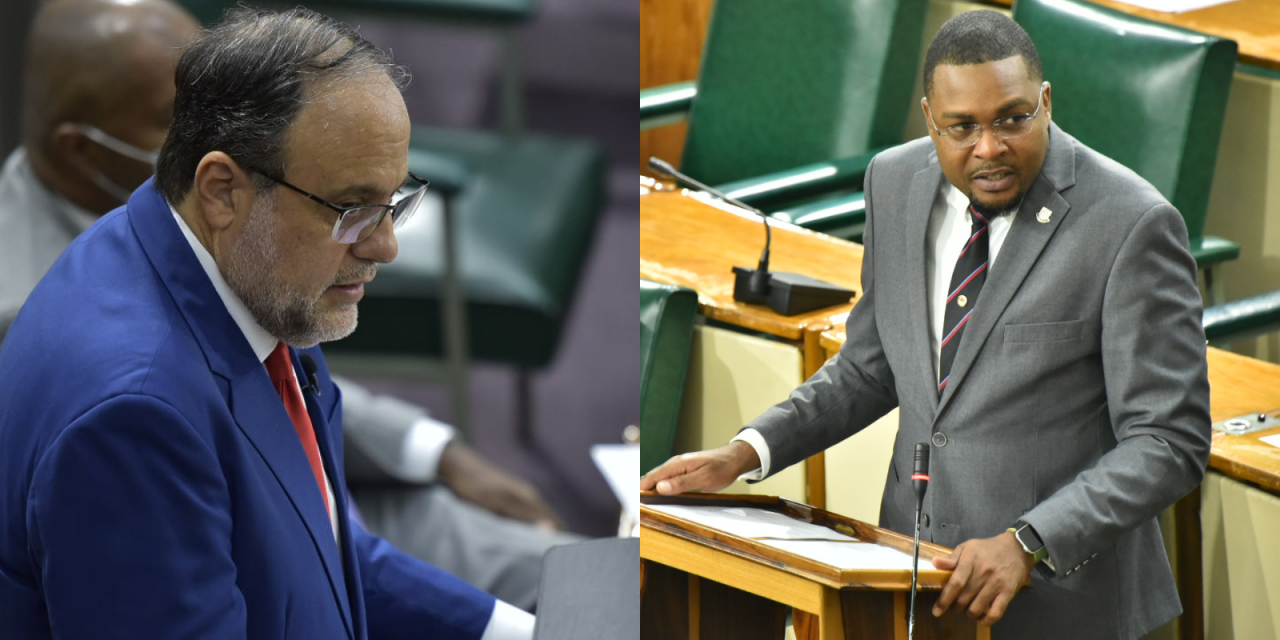 Morgan told the House of Representatives that only three entities who engaged the US-based firm, gave permission to be identified and he was not at liberty to share the amount each spent.

Golding demanded the minister share information on who were the other contributors.

The opposition leader was further irritated by the minister’s unwillingness to provide details regarding the procurement process for the government’s expenditure on the Commonwealth Heads of Government meeting in Rwanda earlier this year.

Robert Morgan, Minister of Information. He was preceded by opposition leader, Mark Golding.

Both were speaking in the House of Representatives Tuesday,