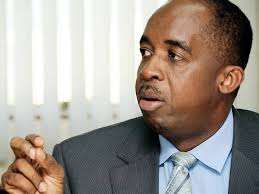 Group Managing Director at National Commercial Bank, Patrick Hylton, says he expects to see an increase in large investment activity within the next 6 to 9 months.

Mr . Hylton made the comment while speaking at the bank’s Investors’ Briefing in Kingston this morning.

He says based on the feed back he’s obtained from the bank’s clients, while they’re still in a wait and see mode, they’re also taking the time to plan future investments.

And, the bank’s Group Finance and Deputy Managing Director, Dennis Cohen, says although the government has reduced its issuance of local debt, the phenomena of government’s crowding out of the private sector is not yet over.

The Managing Director for NCB, the country’s largest commercial bank by assets, Patrick Hylton says it will take a while longer for local investment activity to pick-up.

He says due to the challenges the economy has faced over the past few years, investors are still assessing the government’s resolve to maintain the current economic reform programme.

Mr. Hylton says he expects there’ll be growth in loans to the private sector as some of the bank’s clients begin to implement their investment plans in a few months.

And, the bank’s Group Finance and Deputy Managing Director, Dennis Cohen, says despite reducing the issuance of new local debt, the government is still effectively crowding out the private sector.

He says government debt securities still account for a large portion of the assets held by financial institutions, and so much liquidity is tied up in these.

He says the concept of un-crowding of government paper will not be fully realised until a substantial portion of investment securities issued by the government mature and are not renewed.