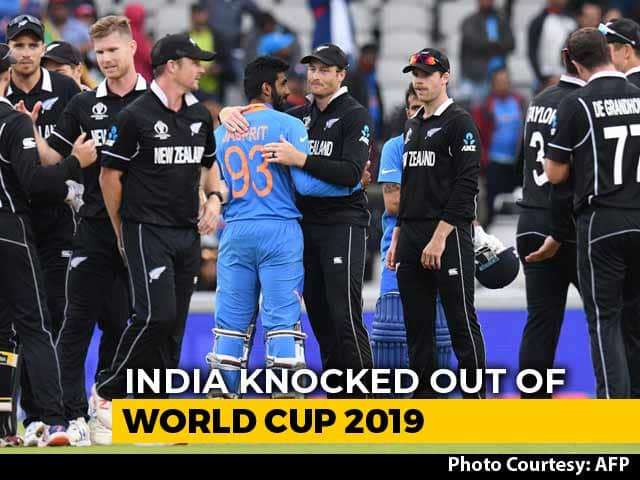 New Zealand reached a second straight Cricket World Cup final after late half-centuries by Ravindra Jadeja and MS Dhoni narrowly failed to make up for an unprecedented top-order collapse by India in its 18-run loss, today.

New Zealand scored 28 runs after the resumption under cloudy but brightening skies, finishing on 239 for 8.

Chasing 240 to win on the reserve day of a rain-hit semifinal at Old Trafford, India plunged to 5 for 3.

The top three of Rohit Sharma, KL Rahul and Virat Kohli were dismissed for 1 each, after 17 balls of their reply.

They then slumped to 24 for 4, after Jimmy Neesham’s catch removed Dinesh Karthik for 6.

Dhoni 50 and Jadeja 77 in 59 balls gave India hope by putting on a World Cup-record 116 for the seventh wicket.

But they were both dismissed, leaving the team needing 23 off the final over.

India was bowled out for 221 with three balls remaining.

New Zealand will play England or Australia in the final at Lord’s on Sunday.

The second semifinal is at Edgbaston tomorrow.

If Australia wins, it will be a repeat of the 2015 final won by the Australians in Melbourne.