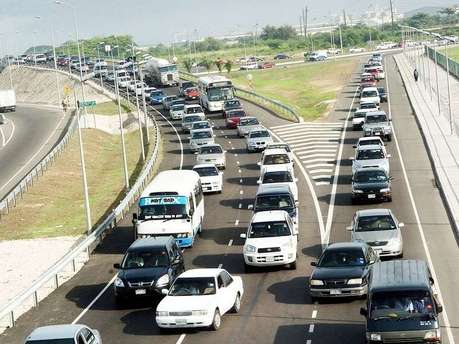 The National Works Agency, NWA, says it has ramped up a number of activities in the Corporate Area and St. Catherine in preparation for the start of the new school year, which begins on Monday.

With a number of road projects still to be completed, the Agency’s focus is on ensuring that critical corridors are available to its customers.

Communication and Customer Services Manager at the NWA, Stephen Shaw, says a number of new and refurbished traffic signals will be rolled out for the new year.

He says the NWA will also be laying new asphalt on major road reconstruction projects.

But Mr. Shaw says asphalt won’t be laid yet on South Camp Road.

Mr. Shaw says signals will be placed in St. Catherine.

Meanwhile, Mr. Shaw says the stretch of Constant Spring Road from Manor Park to West Kings House Road will be opened to the motoring public.

He says the road has been widened to accommodate four lanes of traffic, instead of the two lanes it accommodated last September.

Mr. Shaw also says motorists travelling from the direction of Marcus Garvey Drive and the Portmore Toll Road heading to Half Way Tree will be able to use the higher bridge at Portia Simpson Miller Square.

Motorists on Spanish Town Road, heading to or from Downtown Kingston will use the lower bridge.