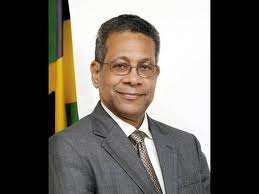 The funeral service for the late West Central St Catherine MP and former Deputy Prime Minister Dr Kenneth Baugh is to be held today at the UWI, Mona Chapel in St Andrew.

Dr Baugh was a politician and a medical doctor.

Prime Minister Andrew Holness is to read the first lesson at the funeral.

In recent tributes to Dr Baugh, Parliamentarians eulogized the former Deputy Prime Minister as a man of integrity, both politically and professionally.

Dr. Baugh was described as upstanding in the execution of his roles as Minister of Health, Minister of Foreign Affairs and Foreign Trade, Senator, and Member of Parliament.

He was ailing for some time but passed away on Sunday September 1. He was 78.