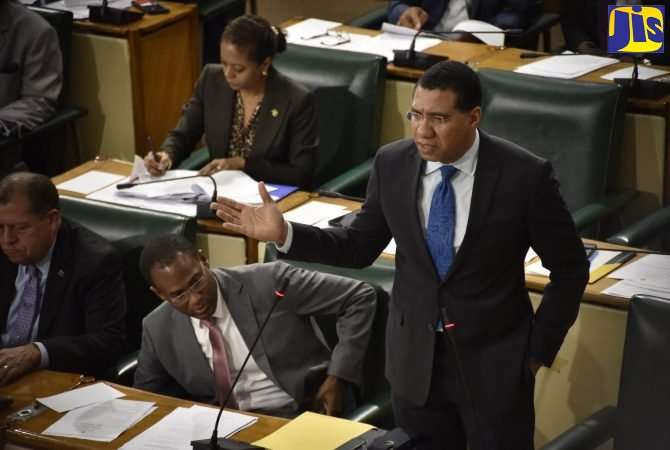 Parliamentarians have again voted to extend the State of Public Emergency in the St Andrew South Police Division for another 90 days.

Forty-six Members of Parliament voted in favour of the extension in the House of Representatives, yesterday.

Before the vote, Member of Parliament for South West St Andrew, Dr Angela Brown Burke, raised concerns about the efficacy of the measure.

Another St Andrew MP called for consistency in the hours which business are ordered closed.

Antony Hylton is MP for Western St Andrew, which falls within the State of Public Emergency in the police division.

In the meantime, Prime Minister Andrew Holness noted the concerns and pledged to address them as best as possible, given the limited resources.

But, he’s adamant that the enhanced security measures are getting the job done.

They were speaking in the House of Representatives yesterday.

Clarification: A previous version of this story said Central Manchester MP Peter Bunting, voted alongside his parliamentary colleagues in extending the security measure. Mr Bunting did not vote for an extension of the SOE in the division. In fact, he was not in Parliament yesterday. We regret the error.