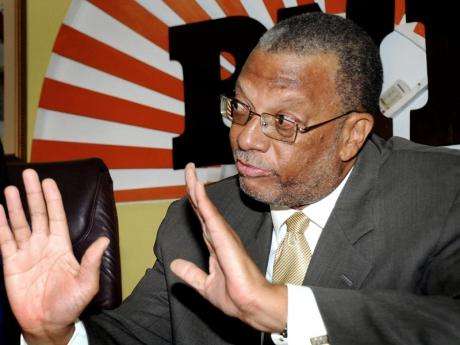 The PNP’s Campaign Director, Dr. Peter Phillips, has responded to the questions asked of him by JLP leader Andrew Holness.

Mr. Holness posed the questions in a statement last night, as he published details of the financing of the home he’s building for his family in Beverly Hills, St. Andrew.

Among the nine questions was how Dr. Phillips was able to afford the house he now lives in, whether Dr. Phillips benefited from FINSAC and if the PNP will come clean about Trafigura.

In a statement today, Dr. Phillips says he and his wife, who is an attorney, purchased their home under a 20-year mortgage with 1-point-5 million dollar loan from Victoria Mutual Building Society in 1991.

This was six years before the PNP incorporated FINSAC in 1997, as a result of the financial sector crash.

Dr. Phillips admits he was a member of the Cabinet that established FINSAC, but says he did not acquire any properties taken over by FINSAC, or benefit in any way.

He says he cannot speak for other members of that Cabinet, who can speak for themselves.

Dr. Phillips says he is not withholding the FINSAC report, but cannot release it because he has not received it.

The PNP Campaign Director says he also does not own a house in Beverly Hills.

He says he has no assets overseas, and has declared his and his wife’s assets every year since 1989.

And as for Trafigura, Dr. Phillips says he has not been asked to testify.

He says he believes those who do testify about the controversial donation from the Dutch oil firm in 2006, will tell the truth.

The PNP’s Campaign Spokesman, Delano Franklyn, told a media briefing yesterday that he cannot comment on the Trafigura matter as it’s now before the courts.