PM Holness: “It’s A Good Time For An Election.” 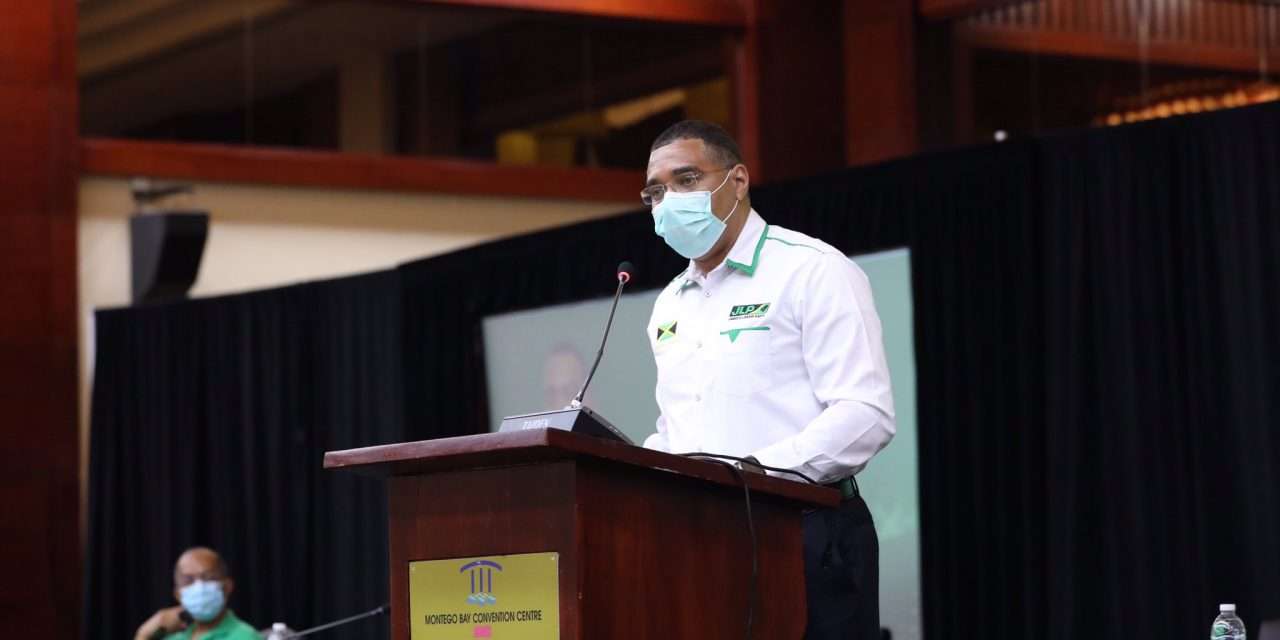 He was addressing the party’s influential Central Executive yesterday at the Montego Bay Convention centre in St. James.

The Prime Minister also indicated that the JLP administration has a good track record upon which to seek a second term.

He announced at the meeting the JLP’s election theme.

Meanwhile, the Prime Minister told the party’s younger candidates- elect not to be fearful of the upcoming General Election.

Mr. Holness took a jab at the PNP whose candidates and party leadership on the weekend signed a covenant against corruption.