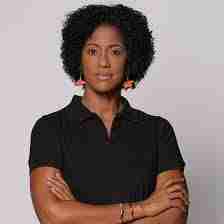 People’s National Party Caretaker for Kingston Central, Imani Duncan-Price, says the State of Public Emergency imposed in the constituency is not working.

The Kingston Central constituency is one of seven areas now under the enhanced security measure.

Mrs. Duncan-Price says the communities in the constituency are still being plagued by increased gun violence.

She noted that criminals were informed of the SOEs before it was announced to the public.

According to Duncan-Price, the residents are still concerned over the effectiveness of the SOEs with murders continuing at a rapid pace in the area.

Since last year, the PNP Caretaker has been advocating for the Government to impose a Zone of Special Operations, ZOSO, in the constituency.

She says more security personnel are needed on the ground.