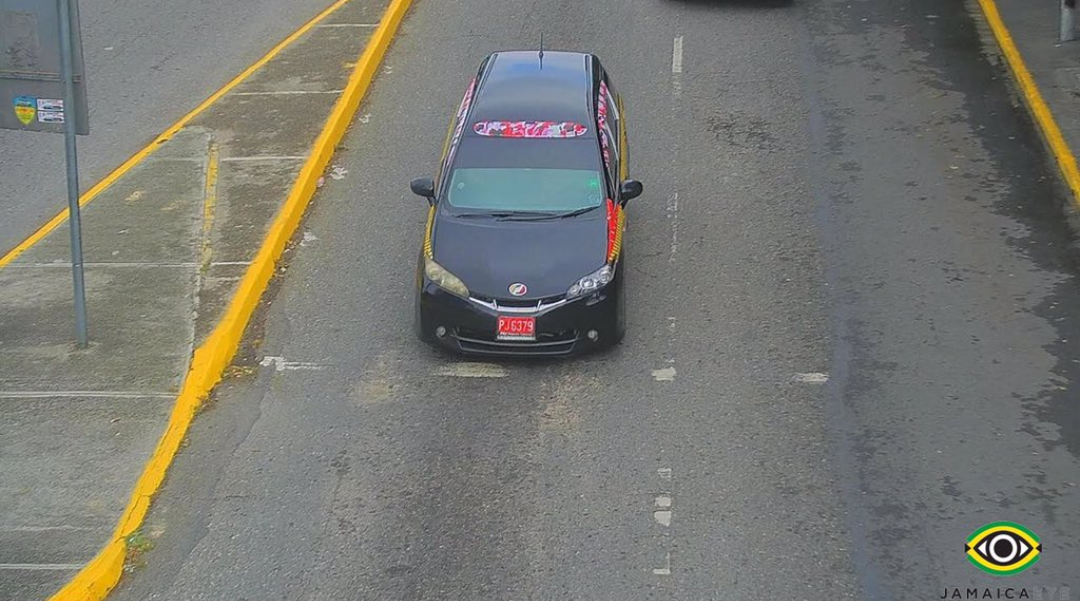 Deputy Superintendent of Police attached to the Constabulary’s Corporate Communications Unit, Dahlia Garrick, says the police are now in possession of a photograph of the vehicle involved in the mowing down of a policeman this morning.

DSP Garrick told our news centre a short while ago that the photo was captured by Jamaica Eye’s CCTV technology.

DSP Dahlia Garrick of the Constabulary’s Corporate Communications Unit.
According to the police, the Black Toyota Wish motorcar involved in the incident bears the license plate PJ 6379.

The JCF says the Police Constable remains in hospital in stable condition.
The Constabulary is urging the driver of the vehicle to turn himself into the police immediately.