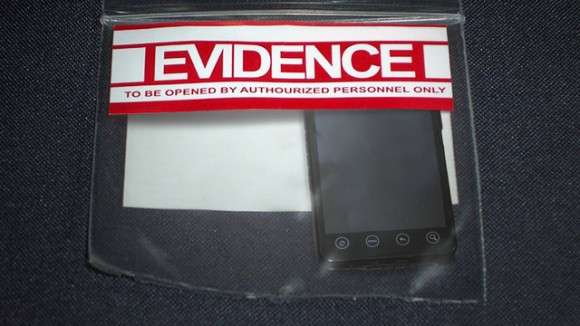 The Klansman Gang Trial resumed late Thursday afternoon as presiding judge Chief Justice Bryan Sykes was held up with another engagement for most of the day.

Day 71 of the trial actually got underway at 2:30 pm. The chief justice apologised for the late start.

The police witness who took the stand today explained that there were multiple cell phone numbers attributed to some of the defendants based on his analysis  of the phones the prosecution’s star witness says he had used to secretly record conversations with the alleged gangsters.

According to the police witness from the Constabulary’s Communication Forensics and Cyber crime Division, CFCD, there were up to four numbers stored in the cell phone which were attributed to ‘Teacher’ – the name the previous witnesses had said they gave Andre ‘Blackman’ Bryan.

Bryan is the alleged leader of the One Don faction of the gang.

The prosecution’s star witness who claims he was a personal driver for Bryan, had testified how they were planning to smuggle a cellphone into the jail for Bryan, with the aid of a female associate of the gang in 2019 when he was in custody.

Based on the secretly recorded phone conversation replayed in open court, the alleged gangsters were facing difficulties in trying to communicate with Bryan when City Puss suggested they steal a phone and get it to him.

The police witness from CFCD explained that there were also multiple numbers attributed to Stephanie Christie or Mumma – the sole female defendant – Step, City Puss, identified as Jason Brown and several others.

He later presented data which matched the numbers attributed to some of the defendants including Mumma to subscriber details for Christia from the service providers.

But he says one of the numbers attributed to Teacher was matched to subscriber details for an Olivia Smith.

And the one attributed to City Puss matched subscriber details for a Kerry-Ann Taylor.