Problem-Causing Seaweed Being Studied for Profit 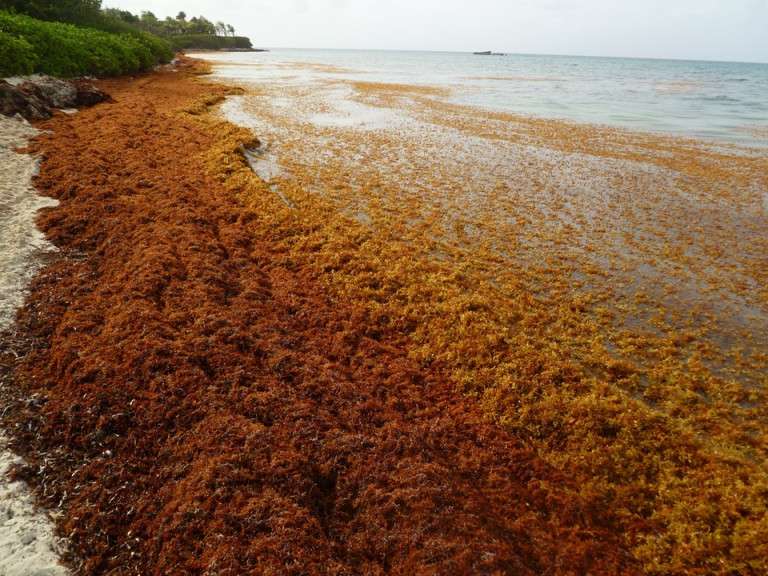 Researchers at the University of the West Indies are attempting to profit from sargassum seaweed, which is threatening the Caribbean’s tourism industry.

Tourism Minister, Edmund Bartlett, has called the influx of sargassum off regional coastlines a significant threat to the industry.

Acting Manager of Eco System Management at the National Environment and Planning Agency, NEPA, Monique Curtis says a task force from UWI is working to find uses for the nuisance.

A significant amount of sargassum seaweed has been washing up on Caribbean beaches this year.

The reddish brown algae is unsightly.

It also clogs boat engines and gives off a foul smell during decomposition.
Ms. Edwards says cleaning up the seaweed is a significant burden on tourism earnings.

This has prompted NEPA  to look to innovation to turn the nuisance into a value added product.

She says her team has been working alongside the University of West Indies to explore uses for the algae.

At the time, it was believed to be a rare, one-off occurrence.

However, the influx of the seaweed, which originates in the Gulf of Mexico, has intensified over recent years.

Ms. Curtis says the region may have to come to grips with the reality that this may be the new normal.