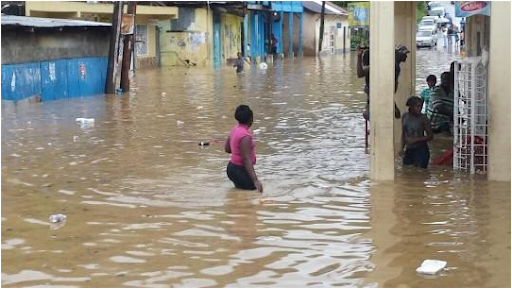 President of the Incorporated Masterbuilders Association of Jamaica, IMAJ, Lenworth Kelly, is dismissing claims made by three mayors that no drainage system could have prevented flooding caused by the heavy rains at the weekend.

On Monday’s edition of Nationwide@5, Mayor of May Pen, Winston Maragh, Mayor of Black River, Derrick Sangster and Mayor of Spanish Town, Norman Scott, all agreed that no drainage system could have handled the volume of rainwater dumped on the island by the inclement weather conditions.

Mr. Kelly says it is costly to build drainage systems to account for events that may happen as a result of climate change over an extended period of time.

However, he’s advising that it is more economical to plan for daily weather conditions.

Lenworth Kelly, President of the Incorporated Masterbuilders Association of Jamaica

Meanwhile, Past President of the Jamaica Institution of Engineers, JIE, Gary Walters, agreed with Mr. Kelly.

Gary Walters, Past President of the Jamaica Institution of Engineers.