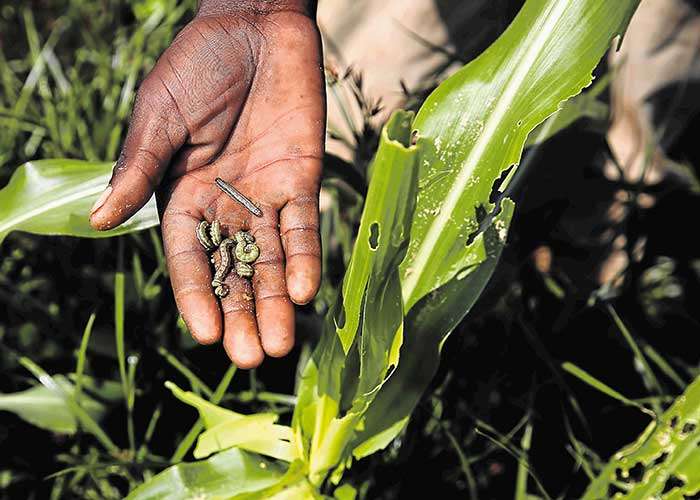 The Rural Agricultural Development Authority, RADA, is alerting farmers that there’s been an increase of the beet armyworm.

The Authority is urging farmers to act early by taking several precautions to avoid crop damage.

Farmers are being advised to intensify the monitoring of crops at least twice a week or every three days.

They’re being urged to utilise the pheromone traps as a monitoring tool to detect the early arrival of the migrating beet army worm adults or bats.

Farmers who reside in New Forest Manchester, and in Southfield and Junction in St Elizabeth are being encouraged to use bug zappers at nights.
RADA says farmers should monitor for the early detection of the egg sacs often deposited near the tip of leaves.

According to RADA this is the most vulnerable and susceptible stage where cultural and chemical strategies are to be applied.

Handpicking is recommended where practical.

It says farmers should ensure that scallion crops are harvested and sold at maturity and not left in the field due to marketing issues.

RADA says unmanaged or abandoned plants encourage the build- up of the beet armyworm population.

The Authority says farmers should follow advisories and text messages sent out by RADA immediately because delays will only be harmful by supporting an increase in the population and increasing the risk of crop damage.