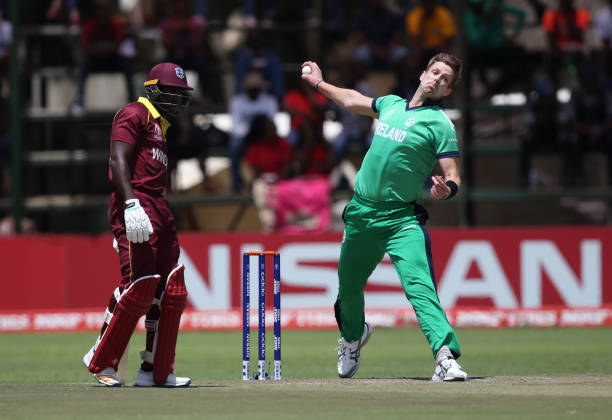 The second one day international between the West Indies and Ireland at has been delayed due to a wet outfield caused by late afternoon showers.

The Irish who trail 1-0 in the three match series, needed 73 runs to win from 18 overs and one ball at the stoppage.

Harry Hector was leading the way with an unbeaten 50 while Andy McBrine weighed in with 35, William Porterfield 26 and captain Paul Sterling 21 against Aeal Hossain 2 for 51.

Earlier the West Indies sent to bat, posted 229 all out in 48 overs.