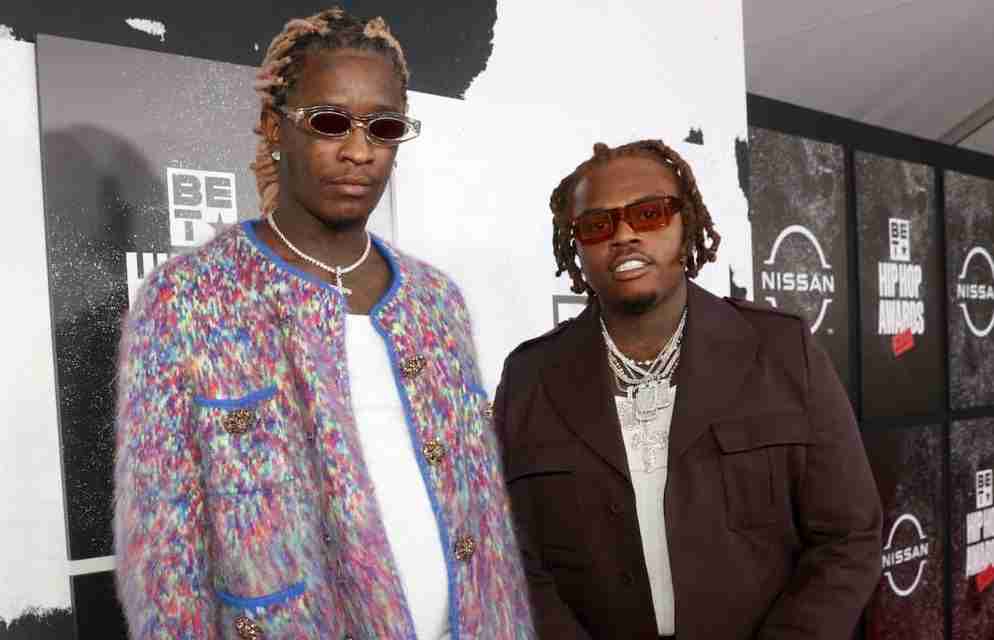 Rap stars Young Thug and Gunna were arrested on Monday on suspicion of gang involvement and conspiracy to violate of the Georgia criminal racketeering law according to reports in the US media.

Young Thug is considered one of the most influential artists to emerge from Atlanta’s famously fertile hip-hop scene. Many Jamaicans will know Young Thug for featuring in the hit song ‘Lifestyle’.

The rapper’s given name is Jeffery Williams. Gunna’s given name Sergio Giavanni Kitchens, has reportedly been charged with one count of conspiring to violate RICO.

According to the New York Times, Young Thug was charged in a grand jury indictment that identified him and 27 other people as members of the same criminal street gang and charged some of them with violent crimes including murder and attempted armed robbery.

His arrest comes as District Attorney Fani Willis of Fulton County has vowed to crack down on street gangs in Atlanta, a city reeling from violent crime.

The arrest of Young Thug at his house in the upscale Buckhead neighborhood in Atlanta was confirmed on Monday night by Jeff DiSantis, a spokesman for Ms. Willis’s office, who said that several other people named in the indictment were also arrested.

The indictment alleges that Mr. Williams is a founder of Young Slime Life, a criminal street gang founded in Atlanta in 2012 and affiliated with the national Bloods gang.

All 28 people named in the indictment were charged with conspiracy to violate the state Racketeer Influenced and Corrupt Organisations Act, RICO, which is closely modeled on the federal law that has most famously been used against organised crime members.