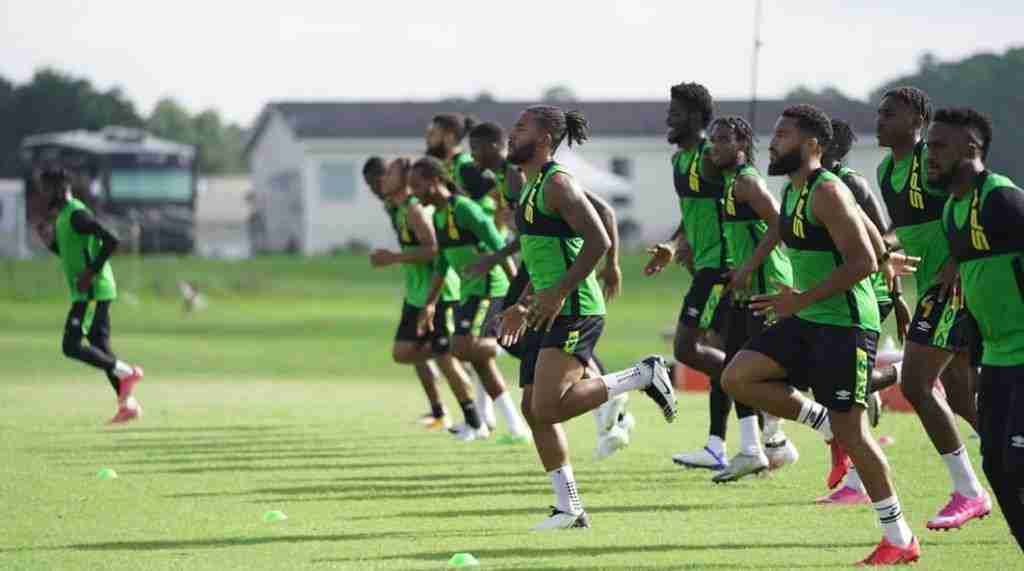 Members of the Jamaica National Senior Football squad staged their final training session this morning at the National Stadium ahead of tomorrow’s crunch World Cup Qualifier against the United States starting at 5:00 pm.

The Reggaeboyz are coming off a 1-1 draw with El Salvador on Friday and desperately need full points against the leaders of the Octagonal Round.

A win will keep the Boyz in the hunt for one of the three automatic spots to Qatar next year. The Boyz are five points off fourth place which which would give Jamaica a chance to make a playoff round next year.

Coach of the Reggae Boyz, Theodore Whitmore, says they have highlighted Jamaica’s defensive weaknesses that resulted in the Boyz conceding a late goal against El Salvador.

Jamaica currently sit 6th in the standings with six points.

The Americans, who arrived in the island yesterday, are scheduled to stage their only workout this afternoon at the Stadium at 5:00 pm, simulating the time of the game.