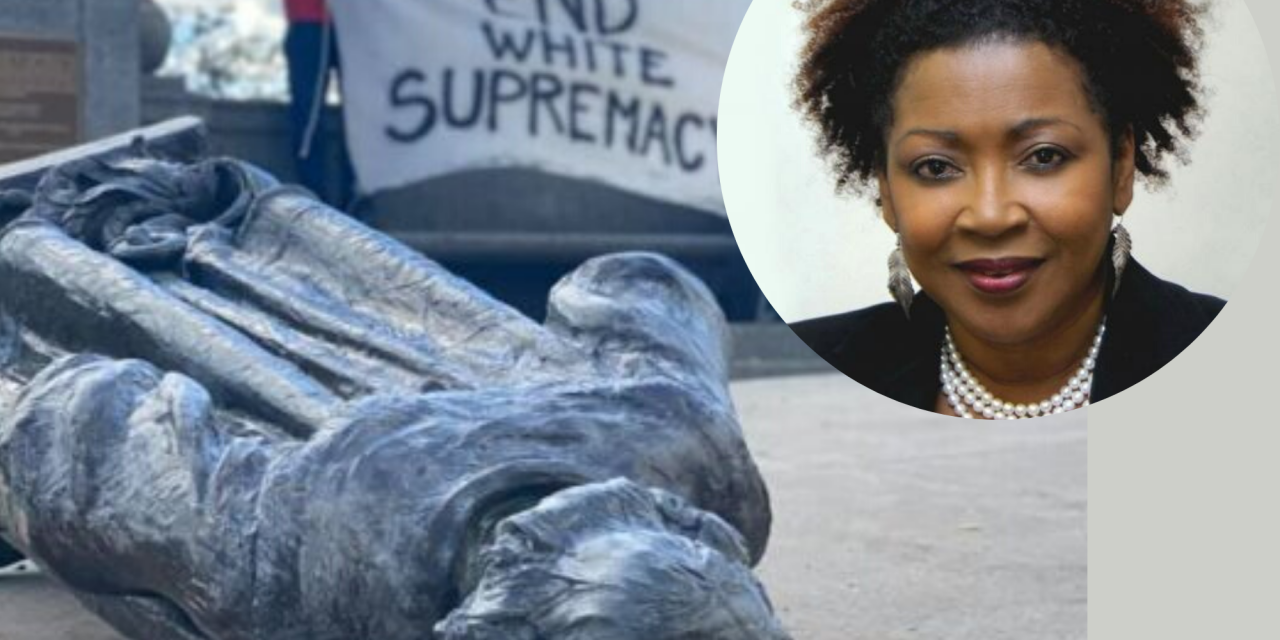 Historian and Director of the Centre for Reparations Research, Professor Verene Shepherd, says the monuments and statues of colonial oppressors, should be removed from public spaces and placed in a museum.

Her suggestion comes as debate intensifies over racism and white supremacy across the world.

This following the killing of the unarmed African-American, George Floyd, in Minneapolis more than than two weeks ago.

There’ve been several anti-racism protests in the US and around the world.

Adding to protest actions, the statues of colonial oppressors and enslavers are being toppled or damaged.

Here in Jamaica, the debate on removing statues or monuments of colonial oppressors has begun with Culture Minister Olivia Grange opening that discussion.

Professor Shepherd says the statues must be kept as evidence and placed in a museum instead.

In supporting her argument, Professor Shepherd says these monuments in areas of recognition and honour is contributing to the psychological harm of black people.

She noted that some have argued for the statues to remain because of their importance to history education.

But, Professor Shepherd has pushed back, highlighting that the information shared on these monuments doesn’t even reflect history accurately.

She’s suggesting the statues be placed in a museum with accurate story boards.

Meanwhile, she says at the heart of the problem, is the need for revisionist history in Jamaican schools.

Professor Shepherd has over the years championed the need for history to become a compulsory subject at the secondary level.