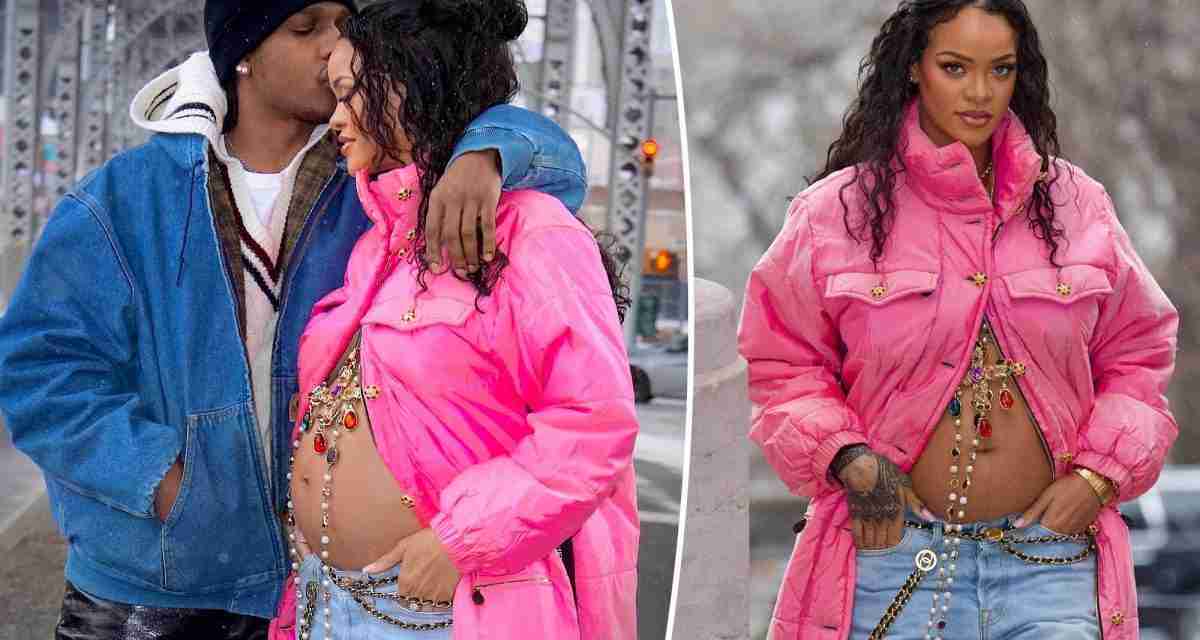 It would appear that 33-year old singer, entrepreneur and fashion mogul, Rihanna is expecting her first child with rapper A$AP Rocky.

The couple was captured on a walk in snowy New York City over the weekend where Rihanna seems to debut her baby bump.

No official confirmation has been given on either Rihanna or A$AP Rocky’s social media accounts.

But, the pictures were taken by noted photographer Miles Diggs who posted a close-up on Rihanna’s belly with the caption “She Is!”, tagging the couple.

Despite the cool temperatures she was clad in a long pink Chanel trench coat buttoned at the top to show off her belly, an oversized ripped denim pants and colourful jewelry adorned her growing bump.

In one of the photos, A$AP was pictured kissing the mom to be on her forehead.

Despite multiple rumours, the couple has managed to successfully keep their baby news under wraps.

Rihanna and A$AP have been dating since November 2020, but were linked as early as 2010 when the two toured and performed together.

In May last year, A$AP Rocky told GQ that Rihanna was the love of his life and he believed he’s found “The One”.

The baby announcement caps a stellar recent few months for Rihanna. She was recently named a national hero in her home country of Barbados on the occasion of the Caribbean country becoming the world’s youngest republic.