Scores Of Lawyers Disbarred, Dragged Before Legal Council Since 2014 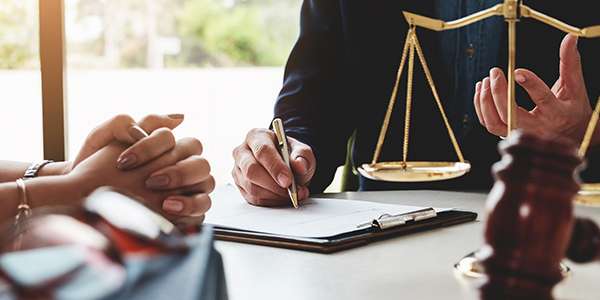 Twenty two attorneys-at-law have been disbarred in the country over the last six years.

That’s according to statistics obtained from the General Legal Council, GLC.

The 22 disbarred lawyers account for nearly 34 percent of all the attorneys disqualified since the GLC, started publishing the data 41 years ago in 1978.

In addition, there have been 82 disciplinary proceedings over the same period.

Recently, there’s debate over whether comments by Security Minister, Dr. Horace Change, that attorneys are being paid with the proceeds of crime, are bringing the legal profession into disrepute.

The statistics from the General Legal Council, GLC, support the argument that too many lawyers, by their own misconduct, have been bringing the profession into disrepute.

Since Ronald McIntosh was disbarred on January 10, 1978, 64 other attorneys have suffered a similar fate.

In the early days of the GLC, being struck from the roll of attorneys was a rare occurrence in Jamaica.

It was more than a decade later, in March 1988 that Trevor Malcolm became the second lawyer in the country to be disbarred.

But the rate at which attorneys are being disbarred has increased significantly in recent years.

In fact, in 2017, six attorneys were disbarred in the same year, for the first time.

Lawyers being struck from the roll of attorneys decreased to five in 2018.

Of those cases, there have been 24 before the GLC on the grounds of professional misconduct.

Many attorneys have appeared before the GLC on disciplinary charges multiple times over the period.

According to the statistics obtained from the GLC, there are 2238 practicing attorneys in Jamaica.

Dr. Chang, told a media conference at the Office of the Prime Minister last week that armed robberies are going up, especially in central Jamaica, as criminals are seeking money to pay attorneys to defend their cronies.

But Mr. Leiba says the utterance has cast the legal profession in a negative light.

He says Dr. Chang’s statement is without credible evidence and should be withdrawn.

The state’s only witness in the recent case against Tesha Miller, said the Klansman Gang used extortion money to pay attorneys to defend incarcerated gangsters.

Reacting to the Bar Association, in a post on social media on Saturday, prominent senior attorney Gordon Robinson, told lawyers to get over themselves.

He says criminals also commit robberies to buy groceries and to carry out other activities.