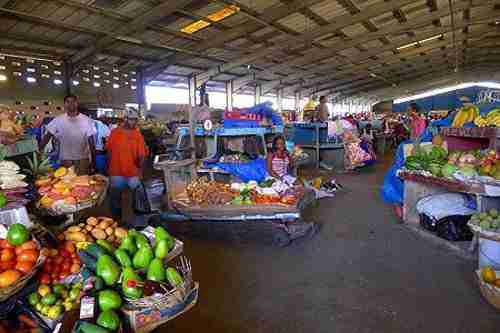 The security officer who is alleged to have physically assaulted a female vendor at the Charles Gordon Market in Montego Bay, St James has been removed from duties pending further investigations.

The disclosure was made at a meeting yesterday between representatives of the St James Municipal Corporation and the management of Guardsman Limited.

It’s reported that during a verbal altercation on Friday, May 7, the security guard allegedly hit the female vendor on her leg with a piece of board.

In a statement, the Corporation says reports of the incident were submitted by both Guardsman and the Officer while a written account will be requested from the vendor.

Mayor of Montego Bay, Councillor Leeroy Williams, has reiterated his condemnation of the Guard’s alleged actions and is seeking to give assurance to the public that every effort will be made to prevent such incidents recurring.

He says the meeting has brought to the fore a few issues which the Corporation will make haste to address.

The incident has now become a legal matter and is now before the Courts.

Mayor Williams says as requested, a report on the altercation has been submitted to the Ministry of Local Government and Rural Development.