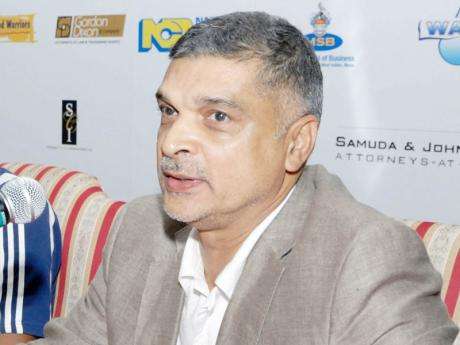 Respected Track and Field agent Cubie Seegobin has described the recent World Athletics and Wanda Diamond League joint release of a shortened provisional calendar as nothing more than a smoking mirror.

The provisional calendar has in it’s schedule three meets down for August, five in September and three in October.

A number of meets have had to be rescheduled some cancelled as a result of health and logistical concerns brought about by the global coronavirus crisis.

Seegobin says he still expects to see a bit action before the season is out, however, he believes it will only be on a local level for whichever meet gets the greenlight.

Seegobin who represents a number of high profile athletes including Yohan Blake, says he has been at pains explaining the current situation to his clients, especially in light of the recent release of the schedule.

One of Seegobin’s biggest clients is the 2015 World women’s sprint hurdles champion and reigning diamond league winner Daniel Williams who has called off her 2020 season.

Seegobin says he was not surprised at the move because Williams is a smart and practical person.