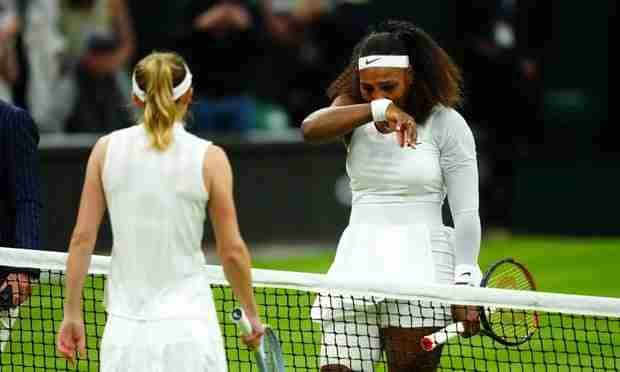 Serena Williams and Ons Jabeur have withdrawn from the Eastbourne doubles because of a right knee injury to the Tunisian.

The American great made her return to tennis this week alongside Jabeur after a year out following an injury.

The two had advanced to the semi-finals after winning their first two matches.

Williams has been given a singles wildcard into Wimbledon, which begins on Monday, while the in-form Jabeur will be seeded third.

Jabeur arrived in Eastbourne on the back of winning the grass-court title in Berlin and will be one of the favourites to lift the Wimbledon trophy.

Williams, who has won seven of her 23 Grand Slam singles titles at Wimbledon, has not played a singles match since June last year.

She injured her ankle in her SW19 opener which led to doubts that she would return to the tour.