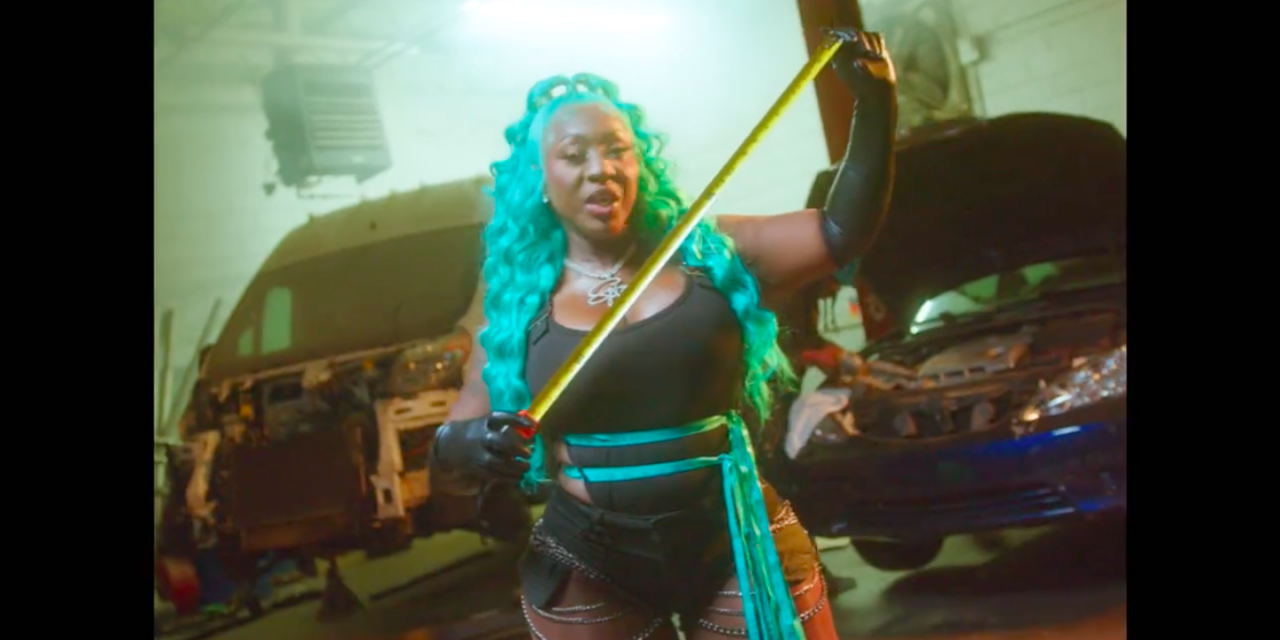 Dancehall entertainer, Spice, has set tongues wagging with the release of a teaser clip for her new music video that’s leaving very little to the imagination.

The grammy-nominated ‘Dancehall Queen’ is promoting her EP, Emancipated.

The dancehall diva, whose given name is Grace Hamilton, released a 23 second clip of the song Tape Measure, 48 hours before the release of the song and video.

The song is an ode to the size of the male ‘measurement’.

This isn’t particularly new ground for Spice however, what’s caught the attention of almost 2 million viewers on Twitter at the time of writing is the visible penis in the video.

As the song title suggests, Spice takes a tape measure to the man’s phallus and inspects another man, this time clothed, in the teaser video.

Spice is known for her raunchy lyrics, however, the video is too much for several social media sites, with the clip only being on Twitter, because of the platforms more relaxed take on nudity.

Still the publicity stunt seems to be working, with the video being retweeted almost 20,000 times in less than 24 hours and Spice trending in Jamaica.

Having been bubbling the dancehall scene for almost two decades, Spice introduced herself to the North American audience when she appeared on Love and Hip-Hop: Atlanta.

And on August 19, the track ‘Clockwork’ was released. The track by Stefflon Don and Spice is the first off the United Kingdom-based dancehall artiste record label Island 54.