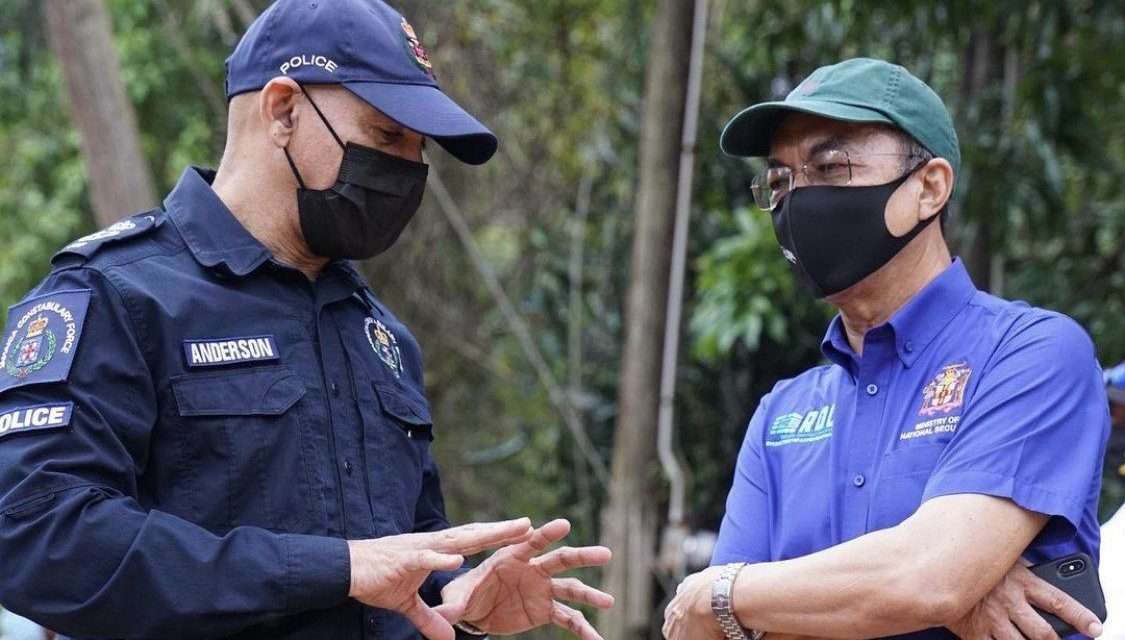 He was addressing an event dubbed “A face-to-face Meeting with the Minister of National Security” at the Manning’s School in Westmoreland last evening.

Minister Chang says the government is moving to increase the number of police officers.

He says the government is working on equipping the police with improved technology including body worn cameras.

He explained the work being pursued to better patrol the nation’s coastlines.

And the national security minister says more efficient and appropriate legislation are required.

In the meantime, a resident of Crooks Street, Bishop Oneil Russel, is urging the government to pay more attention to the young people living in fear.

He says yesterday he was bombarded by what he says was bomb-like gunfire.

He’s also taking issue with corruption in the constabulary force which he says is preventing people from trusting officers.

Bishop Oneil Russel, resident of Crooks Street in Westmoreland, speaking at the face-to-face meeting with the Minister of National Security at the Manning’s High School in Westmoreland last evening.